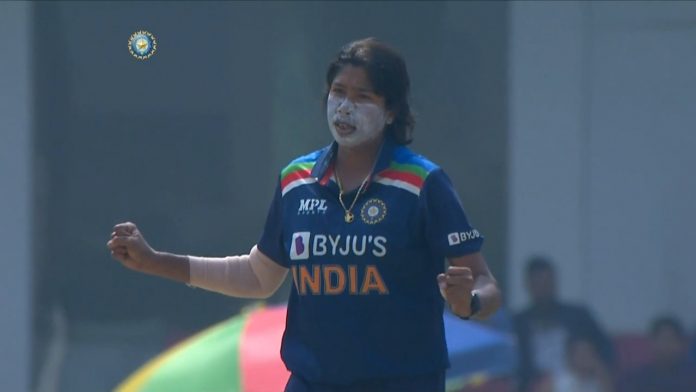 The pacer is known for intimidating the opposition batter with her tall stature. Much like any other pacer, sledging has never been a part of Goswamy’s game, she likes to show her fierceness and aggression by her ball.

On her birthday, let’s have a look at Goswamy’s top-4 bowling in international cricket.

Probably Goswamy’s best performance in the T20 format, she struck 5-times against Australian batters in that match by giving away just 11 runs. It was her dominant bowling that mighty Australians got bowled out on just 89 runs and lost the match.

This was during the early days of her cricketing career and even at that time, she not only stole the limelight but also the match from England. In India’s one of the biggest wins in ODI cricket, Goswamy picked 5 wickets by giving just 16 runs. England was bowled out at just 50 runs, and India went on to win the match in just 15 overs.

Goswamy’s dominance in international cricket is so high that she has been playing for the Indian team for nearly two decades and still going strong.