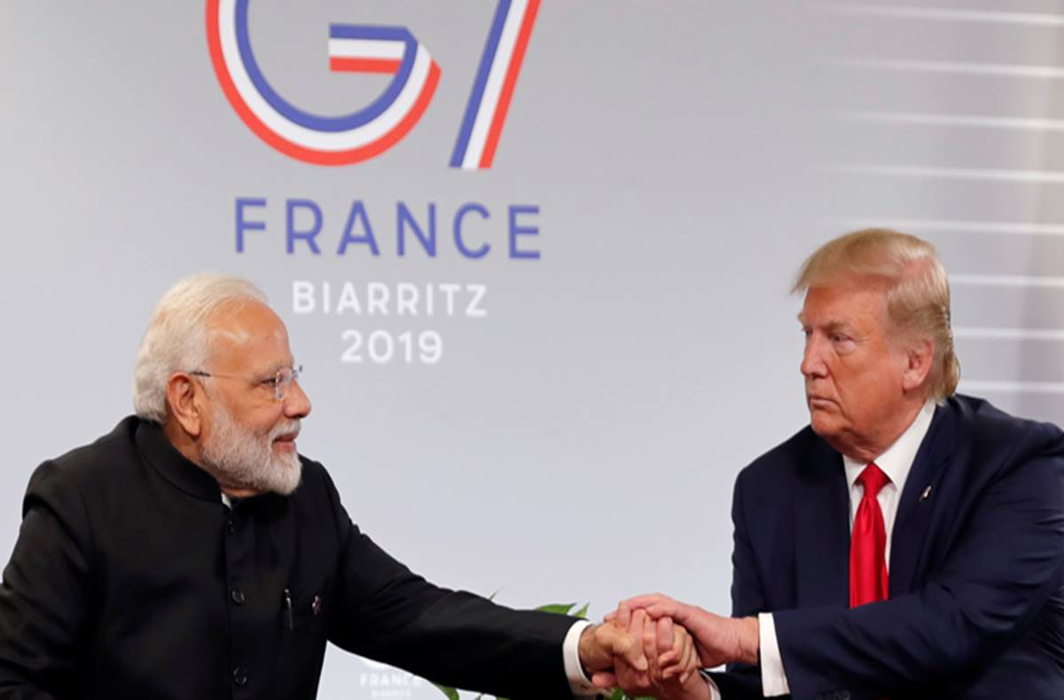 Prime Minister Narendra Modi today (Monday, Aug 26) told US President Donald Trump that Jammu and Kashmir and all matters between India and Pakistan are bilateral matters and there is no scope for third party mediation.

Trump has thrice in the space of a month said he would do his best to “mediate” on the Kashmir issue. However, the US has nuanced its position in the past week, calling the issue of Jammu and Kashmir an “internal matter” of India — something that New Delhi has always insisted on.

On his part, Trump said, “We spoke last night about Kashmir.” He was addressing the press conference along with PM Modi before their meeting on the sidelines of the G-7 Summit in the French town of Biarritz.

This was their first meeting after the government scrapped special status of Jammu and Kashmir under Article 370 leading to tensions with Pakistan.

“India and Pakistan were together before 1947 and I am confident that we can discuss our problems and solve them together. India and Pakistan should work together for the welfare of people of our two nations,” PM Modi told reporters.

“There are many bilateral issues between India and Pakistan, and we don’t want to trouble any third country. We can discuss and resolve these issues bilaterally,” PM Modi said.

“India and Pakistan should work together for welfare of people of our two nations,” he added, underscoring the many challenges before the two nations that are high as well on the priority list – “illiteracy and poverty and disease”.

Taking a different tone from his previous offers to serve as a mediator, Trump said, “They speak with Pakistan and I am sure that they will be able to do something that will be very good.”

The situation in Jammu and Kashmir and trade were high on the agenda during the bilateral summit of the two leaders. President Trump has spoken of Kashmir, describing the issue as “explosive” and offering to mediate between India and Pakistan if asked.

Washington has traditionally maintained that Jammu and Kashmir is a bilateral matter between India and Pakistan. But in July, after a meeting with Pakistan Prime Minister Imran Khan, he had even controversially claimed that PM Modi had asked him to mediate on Kashmir. India immediately rejected that claim and the mediation offer, emphasising that there can’t be any third party intervention on Kashmir.

Earlier this month, President Trump referred to the matter again, saying he would certainly intervene “if they (India and Pakistan) want me to”.

Recently, in a telephonic conversation with Pakistan Prime Minister Imran Khan, Trump asked him to tone down the rhetoric against India and avoid escalating tensions over the situation in Jammu and Kashmir.