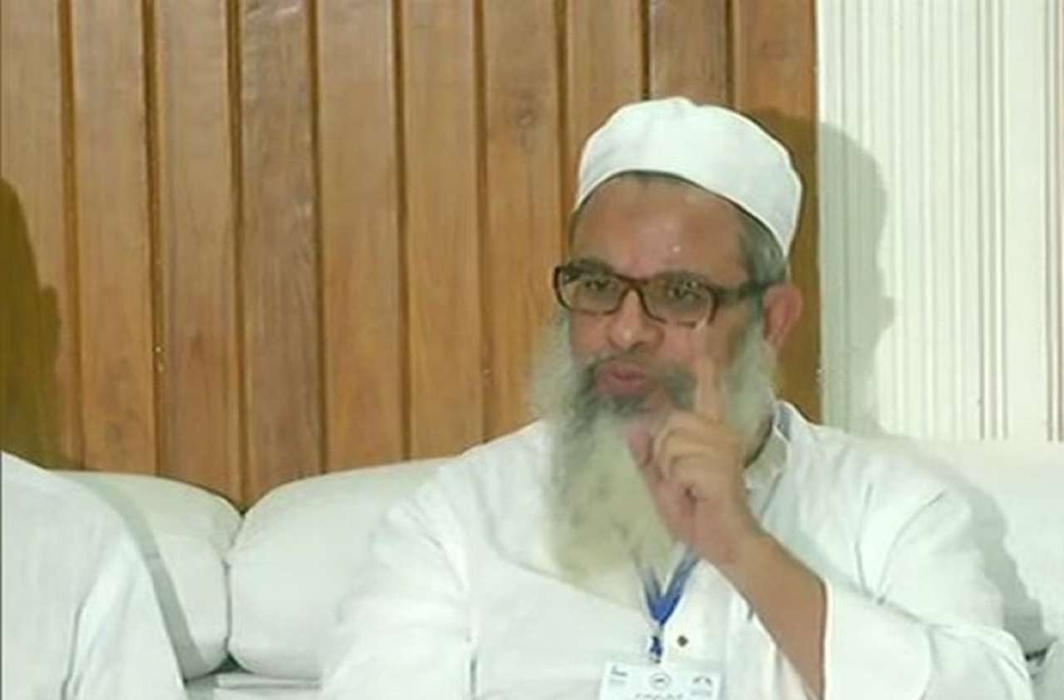 The Jamiat Ulama-i-Hind (JUH), a leading organization of Islamic scholars belonging to the Deobandi school of thought in India, today – Thursday, Sep 12 – said Kashmir is an integral part of India and, condemning separatists, also slammed Pakistan for trying to project that Indian Muslims are against India.

Ratifying the Centre’s decision to abrogate Article 370, which gave special status to the state of Jammu and Kashmir, the JUH – the largest Muslim organisation in India – also condemned separatists who have repeatedly accused India of illegally annexing Kashmir.

Asserting that “Kashmir is an integral part of India and that all Kashmiris are our compatriots”, the resolution adopted by JUH General Council in the national capital said, “As such it [Jamiat Ulama-i-Hind] can never support any separatist movement, rather it considers such movements harmful not only for India but for the people of Kashmir as well.”

Resolution adopted by Jamiat Ulama-i-Hind at their general council meeting in Delhi reiterates ‘that Kashmir is an integral part of India and that all Kashmiris are our compatriots. Any separatist movement is harmful not only for the country but for people of Kashmir as well.’ pic.twitter.com/ItdT23Hi5p

While supporting the Modi government’s Kashmir policy, the body also noted that the wishes of the Kashmiri people can’t be ignored.

“We are not unmindful of the desire of Kashmiri people and their self-respect and cultural identity, it is our firm belief that the welfare of Kashmir lies in getting integrated with India,” the Jamiat-Ulama-i-Hind said.

Accusing “inimical forces” and Pakistan of being bent on destroying Kashmir, the JUH in its resolution said, “The inimical forces and the neighbouring country are bent upon destroying Kashmir. The oppressed and beleaguered people of Kashmir are stuck between opposing forces. The enemy has made Kashmir a battlefield using Kashmiris as a shield which makes it the biggest huddle in rescuing the people from the impasse.”

“Pakistan is trying to project on the international forum that India Muslims are against India, we condemn this act of Pakistan,” Mahmood Madani of the Jamiat Ulama-i-Hind was quoted as saying by media reports.

The statement came as Pakistan has been building a narrative that Kashmir is a global Islamic issue.

Finally commenting on the clampdown issued in Kashmir, Jamiat Ulama-i-Hind said the situation demands that we launch peaceful initiatives to maintain peace and security in the region especially in view of repercussions of clash of atomic powers.

Appealing for the respect of Human Rights, the organisation called for protecting the life and prosperity of Kashmiri people and use possible constitutional means for bringing back normalcy in the region.

Last week, JUH head Maulana Syed Arshad Madani had met RSS chief Mohan Bhagwat and they discussed a host of issues including strengthening unity between Hindus and Muslims and incidents of mob lynching.