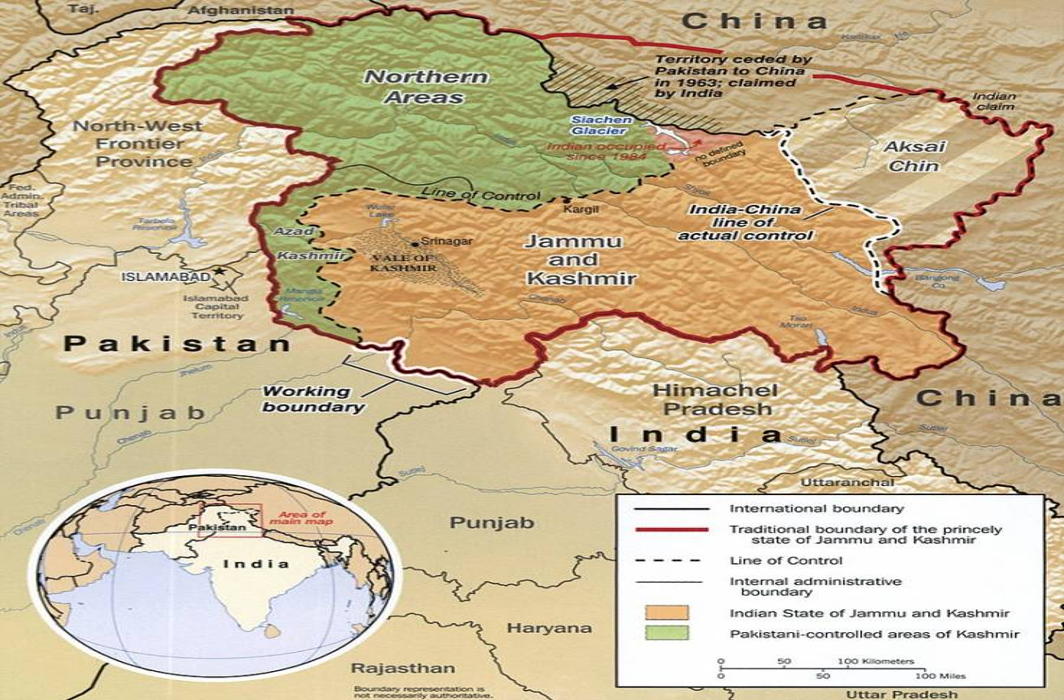 While India has got more or less the entire international community to treat Kashmir dispute as a bilateral issue between India and Pakistan, the current phase – post revocation of Jammu and Kashmir’s special status and its bifurcation into two union territories – is attracting close international attention.

India and Pakistan are expected to face off today – Tuesday, Sep 10 – over the issue at the ongoing UN Human Rights Council (UNHRC) session in Geneva, Switzerland.

Pakistan has announced that it will speak on the matter. It has been trying hard to rope in support from other countries and to have the issue discussed in UN forums. Yesterday, Pakistan and China put out a statement saying they opposed India’s “unilateral actions” in Kashmir and called for a dialogue.

India responded today, rejecting the joint reference to Kashmir and protested against the “so-called China-Pakistan Economic Corridor” running through Pakistan-occupied-Kashmir.

A statement issued by the Ministry of External Affairs said: “We reject the reference to Jammu & Kashmir in the Joint Statement issued by China and Pakistan. J&K is an integral part of India. On the other hand, India has consistently expressed concerns to both China and Pakistan on the projects in so-called ‘China Pakistan Economic Corridor’, which is in the territory of India that has been illegally occupied by Pakistan since 1947. India is resolutely opposed to any actions by other countries to change the status quo in Pakistan occupied J&K. We call on the parties concerned to cease such actions.”

There was some embarrassment for India yesterday when the UNHCR chief Michelle Bachelet expressed “deep concern” at the communication shutdown and detention of political leadership in Jammu and Kashmir (J&K) and urged the Indian government to ensure that human rights are respected and protected.

In her opening statement at the 42nd session of the UN Human Rights Council in Geneva, Bachelet said: “My office continues to receive reports on the human rights situation on both sides of the Line of Control. I am deeply concerned about the impact of recent actions by the Government of India on the human rights of Kashmiris, including restrictions on Internet communication and peaceful assembly, and the detention of local political leaders and activists.”

“While I continue to urge the governments of India and Pakistan to ensure that human rights are respected and protected, I have appealed, particularly to India, to ease the current lockdowns or curfews; to ensure people’s access to basic services; and that all due process rights are respected for those who have been detained. It is important that the people of Kashmir are consulted and engaged in any decision-making processes that have an impact on their future,” she said.

Bachelet said it was important that the people of Kashmir are consulted and engaged in any decision-making processes that have an impact on their future.

Bachelet also said the recent National Register of Citizens verification process in Assam has caused great uncertainty and anxiety, with some 1.9 million people excluded from the final list published on August 31. She appealed to the Indian government to ensure due process during the appeals process, prevent deportation or detention, and ensure people are protected from statelessness.

This was Bachelet’s first comment on Indian situation after the government revoked J&K’s special status. While there was no official response from New Delhi, India has sent a team of senior officials. The Indian delegation is led by Ajay Bisaria, the High Commissioner expelled by Pakistan as part of a five-point plan to downgrade ties with India, and Vijay Thakur Singh, Secretary East.

Pakistan wrote to the United Nations last month, flagging what it called “massive violations of International Human Rights Law” in Jammu and Kashmir. But its efforts fell flat as at the closed-door meeting held at UN, the participating nations – barring China – had sided with India, agreeing that the changes in Jammu and Kashmir were an internal matter.

“The letter is not worth the paper it is written on,” the foreign ministry later responded.

US President Donald Trump, who earlier offered to mediate between India and Pakistan on Kashmir, has offered his help again. “I get along with both countries very well,” President Trump told reporters.”I am willing to help them if they want. They know that. That (offer) is out there,” he said.