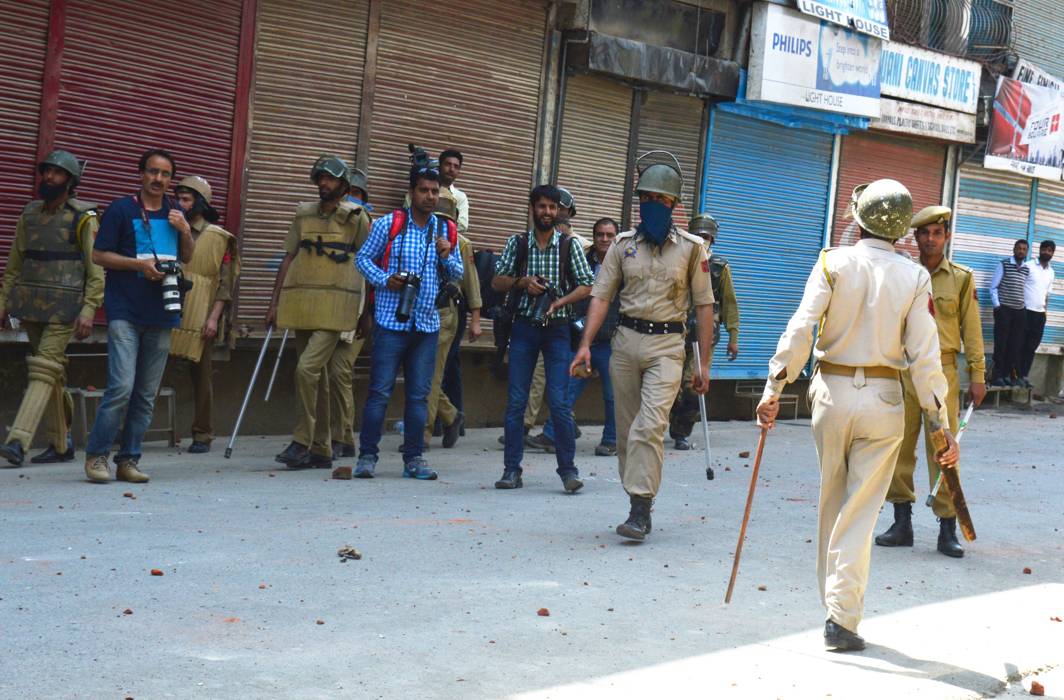 The Supreme Court today – Monday, Sep 16 – directed the Centre and the Jammu & Kashmir government to ensure that normalcy is restored in Jammu & Kashmir on a selective basis and without compromising on national interest.

The order was passed in a batch of petitions filed by Kashmir Times Editor Anuradha Bhasin and political activist Tehseen Poonawalla challenging the shutdown in the J&K. The Supreme Court had tagged the two pleas together and issued notice in the matter last month.

The court granted permission to Congress leader Ghulam Nabi Azad to visit Srinagar, Anantnag, Baramullah and Jammu districts to enquire about the well being of his family members. In a separate plea, the top court issued notice to the Centre on the detention of former J&K Chief Minister Farooq Abdullah. CJI Ranjan Gogoi said he will visit Srinagar himself if necessary after a petition put forth allegations of inaccessibility of the Jammu and Kashmir High Court.

The communications blackout has been in place since August 5, when the Presidential Order revoking the Special Status granted to Jammu and Kashmir and splitting it into two Union Territories was passed.

While Bhasin and Poonawalla contended that the shutdown had affected normal life in J&K, Attorney General KK Venugopal and Solicitor General Tushar Mehta countered and sought to justify prohibitory orders.

The Court proceeded to direct the Government to ensure that normalcy is restored in the J&K and that hospitals, schools and public transport are made functional. However, the same is to be done keeping in mind the national interest.

“We direct Jammu and Kashmir to make every endeavour to make sure normal life returns,” said a three-judge bench headed by Chief Justice Ranjan Gogoi.

“We ask for restoration to be on selective basis keeping in mind national interest,” said the judges.

The bench, which included justices SA Bobde and SA Nazeer, said as the shutdown was in the Kashmir Valley, it could be dealt with by the Jammu and Kasmir High Court.

The petition filed by Bhasin, who is the Executive Editor of the regional newspaper, Kashmir Times, contends that the shutdown of internet and telecommunication, the severe restrictions on mobility and the sweeping curtailment on information sharing, when significant political and constitutional changes are being effected in Jammu and Kashmir, violate the freedom of speech and expression under Article 19, the right of the public to information and the right to practice one’s profession.

In this backdrop, Bhasin argued for the withdrawal of Government restrictions in J&K terming the lockdown to be an abuse of State power.

Registering his objection to the “present grim and lockdown situation ongoing in J&K”, Poonawalla had also moved the Court earlier praying for the withdrawal of restrictions imposed following the abrogation of Article 370 of the Constitution, the release of detained leaders in Jammu and Kashmir and the appointment of a judicial commission to ascertain the ground reality in Jammu and Kashmir.

The top court also issued a notice to the Centre and state on Bhasin’s plea.

The government told the court that there had been no loss of life during the restrictions, which have been in place to avoid any backlash over the Centre’s decision.

“Not a single bullet has been fired, there has been no loss of life,” said the Centre’s lawyer, Solicitor General Tushar Mehta.

Restrictions have been removed in 93 police stations and there are no restrictions in Ladakh, he said, giving an account of OPDs, medical shops and Public Distribution Shops functioning across the state.  The court also directed the state government to make every endeavour for people to have access to health care.

The judges were told by the centre that all Kashmir-based newspapers were running and the government had been offering all kinds of assistance to journalists.

“Media passes are given for access to restricted areas and journalists are given access to phones and Internet,” adding that “TV channels like Doordarshan and others private ones, as well as FM networks are also working.”

“Over 40,000 lives were lost in Jammu and Kashmir since 1990. Separatists even received funding from the Pakistan High Commission,” Venugopal informed the top court, adding that there was a three-pronged attack on J&K administration before August 5. “By separatists funding stone pelters, by terrorists from across border and by businessman Zahoor Watali who was funding local militants,” he said.