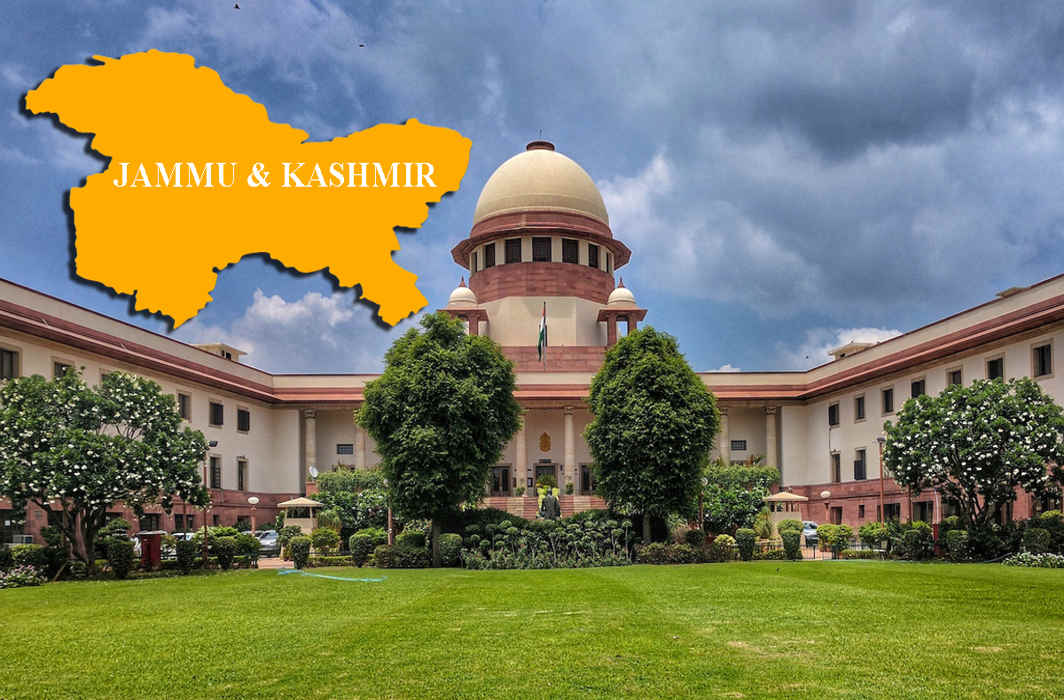 A five-judge Constitution bench headed by justice NV Ramana will hear the matters related to the Kashmir issue from tomorrow (Tuesday, Oct 1).

A three-judge bench comprising CJI Gogoi, Justices SA Bobde and Abdul Nazeer today – Monday, Sep 30 – referred to the Constitution Bench – formed to hear the pleas challenging repeal of J&K special status and the bifurcation of the state – the petitions challenging the lockdown measures and communication shut down in Jammu and Kashmir.

The Supreme Court had, on August 28, referred the issue to a five-Judge Constitution Bench.

The petitions include those pertaining to the communication and media blockade in Kashmir, the alleged illegal detention of children, and the impact on healthcare and medical services in the Valley. The

Anuradha Bhasin, Executive Editor of Kashmir Times daily, has challenged curbs on media and Dr. Sameer Kaul against the shut down of internet and mobile connections. Foundation for Media Professionals, headed by Paranjoy Guha Thakurta and Indian Journalists Union have intervened in the case supporting Bhasin’s plea.

A Public Interest Litigation was filed by Enakshi Ganguly, an eminent child rights expert and Professor Shanta Sinha, the first Chairperson of the National Commission for Child Rights (NCPCR) against the alleged illegal detention of children in Jammu and Kashmir in the wake of revocation of Article 370 and bifurcation of State. CJI Gogoi said that the report of the J&K Juvenile Justice Committee regarding the allegations has been received. The Court had called for a report from the Committee two weeks ago.

A fresh petition filed by CPI (M) leader Mohammad Yusuf Tarigami, which challenges the validity of the revocation of Article 370, was also tagged with other similar petitions on the subject.

The first petition in this regard was filed by advocate ML Sharma.

Subsequently, Kashmiri lawyer Shakir Shabir had approached the Court challenging the Presidential Order of August 5. It was his argument that the amendment to Article 367 which resulted in the scrapping of Article 370 could not have been done in the manner in which it was done.

Further, retired Military Officers and bureaucrats have also filed a petition in the Supreme Court challenging the Presidential Orders.

Besides the above, notice has also been issued in a petition filed by Soayib Qureshi, a permanent resident of Jammu & Kashmir and a practising lawyer of the Apex Court.

The Supreme Court had, on September 16, asked the Centre to make every effort to ensure that normalcy is restored in Jammu and Kashmir keeping in mind the interests of national security.

“The State of Jammu & Kashmir, keeping in mind the national interest and internal security, shall make all endeavours to ensure that normal life is restored in Kashmir; people have access to healthcare facilities and schools, colleges and other educational institutions and public transport functions and operates normally. All forms of communication, subject to overriding consideration of national security, shall be normalized, if required on a selective basis, particularly for healthcare facilities,” the three-judge Supreme Court bench headed by CJI Gogoi had ordered.