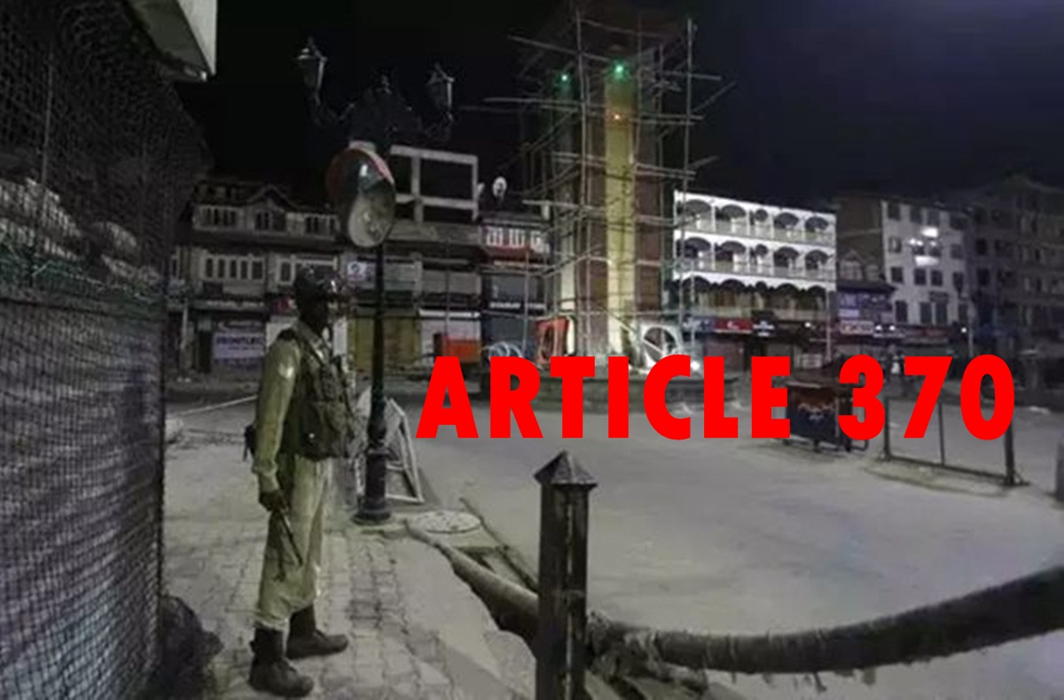 In what is certain to attract stinging criticism, the Centre choosing not to file any counter-affidavits so far to petitions challenging its decisions in Jammu and Kashmir became a ground for the Supreme Court to postpone the much awaited hearing by another month and half.

The Supreme Court today – Tuesday, Oct 1 – fixed Nov 14 to commence hearing a batch of petitions challenging the Constitutional validity of the amendment to Article 370 revoking the special status for Jammu and Kashmir.

The court refused the plea of petitioners that not more than two weeks be given to the Centre and J&K administration for filing counter-affidavits. It allowed Centre four weeks time to file counter-affidavits to the cases, and one week time for the petitioner to file a rejoinder.

The top court which is already seized of multiple petitions in the matter said it will not entertain any more petitions.

“We have to allow the Centre and the J&K administration to file counter-affidavit otherwise we can’t decide the matter,” the bench said.

On Monday, a bench headed by Chief Justice of India Ranjan Gogoi transferred all petitions pending before it to the Constitution Bench headed by Justice NV Ramana. It was decided over a month ago, on August 28, to refer them to a larger bench.

The bench was constituted especially to hear matters related to Article 370 starting today.

Several pleas have been filed in the top court challenging the Centre’s August 5 decision abrogating provisions of Article 370 and bifurcating the state into Union Territories of Jammu & Kashmir and Ladakh. The UTs will come into being on October 31.

The Presidential Order, according to the petitioners, used “a temporary situation meant to hold the field until the return of the elected government, to accomplish a fundamental, permanent, and irreversible alteration of the status of the State of Jammu and Kashmir without the concurrence, consultation or recommendation of the people of that State, acting through their elected representatives”.

This, they said, amounted to an “overnight abrogation of the democratic rights and freedoms guaranteed to the people of the State… upon its accession”.

As decided by the CJI headed bench on Monday, the petitions challenging govt order changing J&K’s status would be heard by the Kashmir bench, while others relating to human rights etc due to lockdown were referred to a three-judge bench.

The first petition in the apex court challenging the presidential order on Article 370 was filed by advocate ML Sharma on August 6.

The National Conference (NC), the Sajjad Lone-led J&K Peoples Conference and CPI(M) leader Mohd Yousuf Tarigami also filed pleas in this regard in the top court.

The petition on behalf of NC was filed by Lok Sabha MPs Mohammad Akbar Lone and Justice (retd) Hasnain Masoodi. Lone is a former speaker of the J&K Assembly and Masoodi is a retired judge of the Jammu and Kashmir High Court.

In 2015, Justice (retd) Masoodi had ruled that Article 370 was a permanent feature of the Constitution.

A plea has also been filed by bureaucrat-turned-politician Shah Faesal, along with his party colleague and former Jawaharlal Nehru University Students’ Union (JNUSU) leader Shehla Rashid.

During the hearing on Monday, the bench headed by Chief Justice of India Ranjan Gogoi, and  also comprising Justices SA Bobde and SA Nazeer, said it has received a report from the Juvenile Justice Committee of the Jammu and Kashmir High Court on the allegations about illegal detention of minors in the Valley.

“The report has come. We will send this matter to the Kashmir bench (a three-judge bench headed by Justice Ramana),” the bench told the lawyer representing petitioners and child right activists Enakshi Ganguly and Shanta Sinha.

It also referred to the three-judge bench a separate plea filed by a doctor who claimed shortage of medical facilities in Kashmir due to the restrictions imposed there and also about restoration of internet facilities in the hospitals there.

The bench said that petition filed by Executive Editor of Kashmir Times Anuradha Bhasin, who has raised the issue of restrictions imposed on working of journalists in Kashmir following the abrogation of provisions of Article 370, would be heard by the three-judge bench.

It also referred the separate petitions, including those filed by CPI(M) general secretary Sitaram Yechury and senior Congress leader Ghulam Nabi Azad, to the three-judge bench.

While Yechury has filed a petition seeking permission to visit his party colleague Yousuf Tarigami in Kashmir, Azad has moved the top court in his personal capacity seeking its nod to visit his family members and relatives in Kashmir.

Petitions before the Constitution bench

Other pleas, which would be taken up for hearing by the Constitution bench, include the plea by advocate ML Sharma.

Another is one filed by a group of former defence officers and bureaucrats who have sought direction to declare the Presidential orders of August 5 “unconstitutional, void and inoperative”.

The NC leaders have submitted that the Presidential Orders paved the way for application of entire provisions of the Constitution in Jammu and Kashmir and also have the effect of nullifying Article 35A and completely abrogating Article 370.

They have contended that the Presidential Orders and the new legislation unconstitutionally undermine the scheme of Article 370.

While the Centre’s move came on Aug 5 and it is two months since the lockdown and communication blockade was imposed in Jammu and Kashmir, the Centre is yet to file its counter-affidavits in the bunch of petitions filed in the Supreme Court questioning its actions.

The first of these petitions was filed on Aug 6, the day after the Centre’s move.

The government’s measures – which were termed a ‘collective punishment on people’ by the United Nations Human rights body – have impacted the civil liberties of the people of J&K. It is unusual for such a long time to lapse before matters relating to constitutionally guaranteed rights are addressed.

Unfortunately, even after several weeks, no such explanation is forthcoming from the government.