Last October, McAfee was arrested at the Barcelona airport on charges of deliberately failing to file his tax returns between 2014-2018. 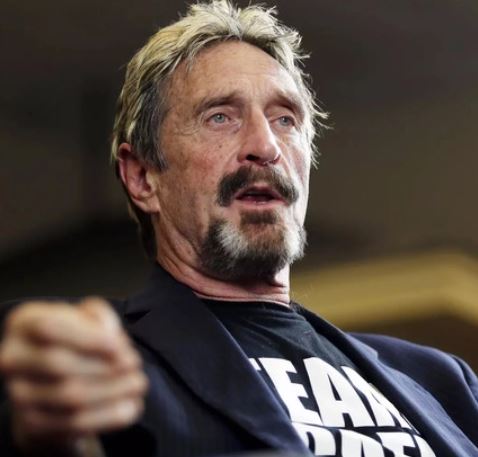 US technology entrepreneur John McAfee died on Wednesday by hanging himself in his prison cell after Spain’s National court approved his extradition to the United States over multiple tax evasion charges. He was 75.

McAfee, pioneer of antivirus software, was found dead at the Brians 2 penitentiary near Barcelona.

When I heard of John’s impending extradition, my team was fully prepared to fight for his innocence before the United States courts. We knew he would appreciate the opportunity to share his story and put the false charges against him to rest. Only hours later, we were shocked to learn of his untimely death, Andrew Gordan, one of McAfee’s lawyers, told Reuters.

Another lawyer Javier Villalba said that he still had opportunities to appeal his conviction but could not stand more time in jail. This is the result of a cruel system that had no reason to keep this man in jail for so long, he said.

Last October, McAfee was arrested at the Barcelona airport on charges of deliberately failing to file his tax returns between 2014-2018. He also was charged in a cryptocurrency fraud case in New York. He would have faced up to 30 years in prison, if convicted.

McAfee earned millions from consulting work, cryptocurrencies, and selling the rights to his life story. He also ran unsuccessfully for U.S. president, had numerous run-ins with the law and traded in extreme conspiracy theories.

He founded McAfee Corp. in 1987 in Santa Clara, California, and headed the company as it dominated the market for antivirus protection of personal computers. Later in 1994, he resigned, citing that running the company no longer was fun as it grew to a huge corporation with thousands of employees.

He sold the company to Intel Corp. in 2010 which rebranded all McAfee products as Intel Security. After his name was removed, McAfee had said that he was everlastingly grateful to Intel for freeing him from this terrible association with the worst software on the planet.