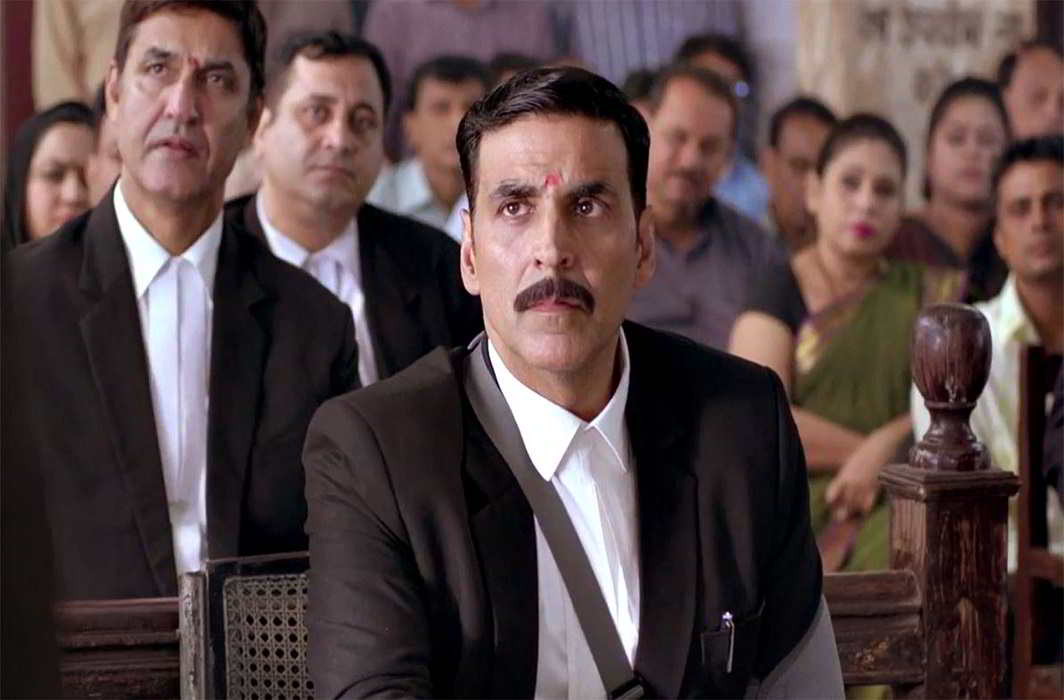 And, as ever, Saurabh Shukla and Akshay Kumar are jolly good in their roles

Rarely does a sequel surpass its original in terms of entertainment value or artistic merit of content. Akshay Kumar has grown tremendously as an actor and Jolly LLB 2 provides enough testimony. What a performance and what a movie! It has all the ingredients for a good movie and all mixed in the right proportions.

Jolly LLB 2 moves swiftly, tickles your funny bone, stays on point and even gets intense whenever the script demands it. And Kumar is not the lone ranger on this mission. Director Subhash Kapoor has got some of the finest names in the industry on board though it is veteran Saurabh Shukla who absolutely steals the show. Shukla is the soul of the movie and the main reason why the audience stays glued to the big screen. There’s never a dull moment in the movie, all thanks to a fine screenplay, a crisp storyline and stellar performances.

That the judicial system of the country is in a sorry state with the rich and powerful mounting hurdles for the common man is a popular theme that Hindi movies have depended upon for long. Yet Jolly LLB 2 looks fresh and does not remind you of all those clichés that directors often resort to when it comes to courtroom dramas, barring the judge’s concluding speech. What it does away with is the filmi well-lit courtroom and offers a more realistic picture of courtrooms across the country. Dingy, dark and adorned with piles and piles of pending files!

Jagdishwar Mishra aka Jolly is a lawyer with big dreams who wants to buy his wife Gucci clothes and commute in a Rolls-Royce. His conscience is okay with helping school students cheat in exams and bribing to get his own chamber at someone else’s cost. He is also this modern husband who pours English liquor for his “MA Sanskrit” wife every night and makes hot chappattis for the family. He has spent his entire life enjoying recognition as a top lawyer’s Munshi’s son and now he is busy assisting the same lawyer where his job is to wash cars, assist in household chores and everything in between that has nothing to do with serious legal activity.

But Jolly wants to make it big just like Arshad Warsi’s character in the first part of the franchise. Like Warsi’s Jagdish Tyagi, Mishra too drives a Bajaj scooter to work, this time on the streets of Lucknow instead of Delhi’s impressive Connaught Place Inner Circle, has a speech with a take on the paralysed judiciary at the end, speaks with a typical UP accent, and cares little about maintaining the decorum of the court. That’s it. The rest of it is different and the presence of Kumar definitely adds the star value this time although he has tried his best not to do the larger-than-life Hindi film hero act.

Jolly’s conscience is awakened when a young woman seeking justice for her husband’s death in a fake encounter case has to give up on her life after being tricked by Jolly out of a huge amount of money. His father tells him never to show him his face again, his employer slaps him in public and visions of the dead woman never let him sleep in peace. And thereby enters the typical Hindi film hero who is now ready to take on the system which involves corrupt policemen, doctored narco test tapes and the biggest lawyer of the city who is fighting the case just for the money.

How often do you see an Akshay Kumar film showing a cricket match between Hindu and Muslim women in Varanasi and saying that no matter what the religion, women will always be in trouble? How often do you see his films taking a dig at the plight of Kashmiris? That’s what separates this one from what the star is known for. Some elements stay, though. Like an unnecessary Holi song, a running sequence through the woods and, yes, the comedy.

Now coming to the performances, Shukla’s Judge Tripathi has been written with an eye for minute detail. He is an Alia Bhatt fan with framed pictures of the young heroine in his office, and on his table are juxtaposed jars of dry fruits. He enters the court dancing to Bollywood numbers and working out, takes phone calls from his soon to get married daughter during the court proceedings, spell checks her wedding card while on his seat, reads books on tips for a healthy heart, waters the plant on his table, and hides behind his table when things turn violent in the court. Shukla had won a national award for Jolly LLB and it would not come as a surprise if he bags it this time too. The movie would not have been the same if Shukla wasn’t in it.

Watch this edition of India Legal show on Freedom of Expression:

Anu Kapoor has also done absolute justice to his character of this top-shot Range Rover-driven, golf-playing, diamond rings-wearing shrewd lawyer who is brimming with witty one-liners which gives scope for great Bollywood writing. Yesteryear actor Vinod Nagpal who was last seen in Shoojit Sircar’s Pink is at his honest best in his short role and so are the much talented Sanjay Mishra, Manav Kaul and Kumud Mishra. Women have little to do in the film and Huma Qureshi has been wasted and relegated as the mandatory woman in the hero’s life in a Hindi film.

It is interesting to see that even after all the legal hurdles that came in the way of the movie, including a case by shoe manufacturing company Bata for calling it a “cheap” brand and a lawyer filing a petition for showing the judiciary in a poor light which led to four cuts in the film, Jolly LLB 2 still managed to do what it was supposed to. Entertain!

As far as the music goes, “Baawra Man” is a soothing song but “Go Pagal” is reminiscent of Akshay Kumar movies and the only moment when the audience may feel irritated. There are a few unwanted sequences like the entire court sitting on a dharna but, overall, Jolly LLB 2 is a nice film which brings Bollywood back to being what it is. It reminds us of the times when stars had a compelling script whose only purpose was to entertain viewers. Go and watch it for Saurabh Shukla and a hearty laugh!

And don’t leave the theatre right after the credits roll. There are some good goof-ups from the shooting that will keep you smiling as you exit!