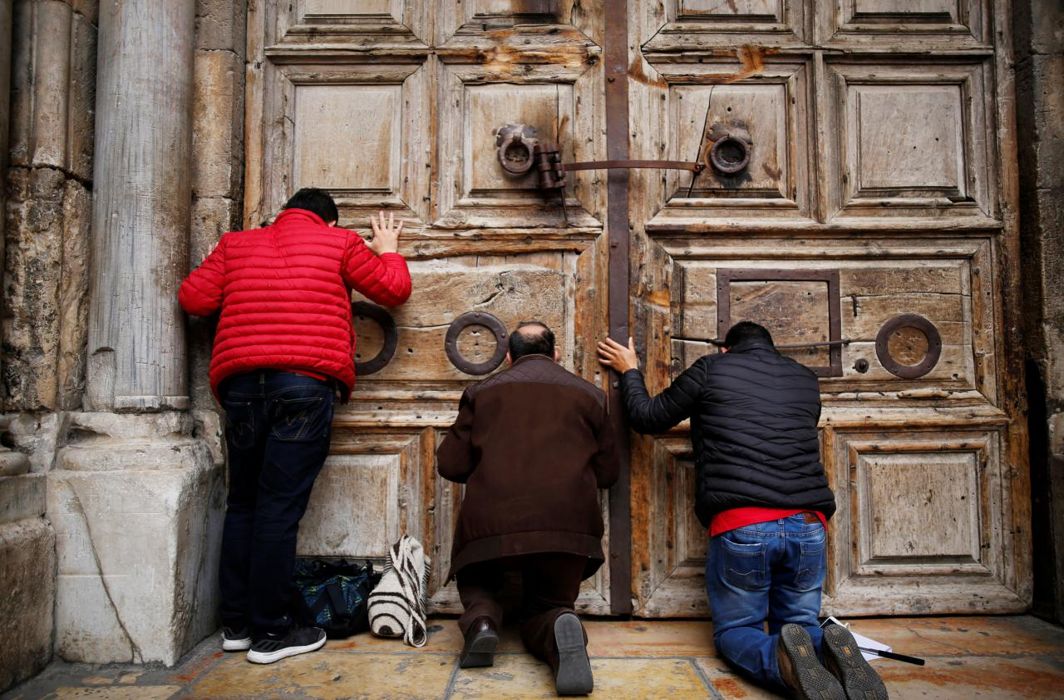 The Israeli Christian leaders have received expression of support from Jordanian and Palestinian governments for shutting the doors of a historical Holy Sepulchre church in East Jerusalem in protest of “discriminatory” Israeli policies.

Roman Catholic, Armenian and Greek Orthodox leaders in Jerusalem had suddenly closed the Church of the Holy Sepulchre indefinitely on Sunday. The Christians claim that there is a “systematic campaign of abuse” directed at the community.

The Church leaders said in a statement that “These actions breach existing agreements and international obligations, which guarantee the rights and privileges of the Churches, in what seems as an attempt to weaken the Christian presence in Jerusalem.”

The Holy Sepulchre Church, one of Christianity’s holiest sites, is believed to be the site of Jesus’ crucifixion and burial attracts millions of pilgrims every year.

Jordanian government spokesman Mohammad al-Momani expressed   his country’s “full solidarity” with the churches in Jerusalem. Under a 2013 agreement signed between Jordan and the Palestinian Authority, King Abdullah II is the custodian of the Muslim and Christian holy sites in Jerusalem.

The Jordanian spokesman said that Israel’s measures “violate international and humanitarian laws” and called on Israel to “immediately reverse the decisions taken against churches.”

The Church leaders said in a statement on Sunday, “These actions breach existing agreements and international obligations, which guarantee the rights and privileges of the Churches, in what seems as an attempt to weaken the Christian presence in Jerusalem.”

Meanwhile, Yousif al-Mahmoud, a Palestinian government spokesperson said that such steps constitute a new aggression targeting Jerusalem and the Palestinian people and their holy sites. He called on the international community to intervene to “stop Israeli practices”.

Jerusalem’s church authorities have been vocal against Greek Orthodox Church leaders who were accused of selling land to Israeli settlers in prime locations of the Old City.

In August, a Jerusalem court approved the purchase of the property by a settler group that has been working for decades to remove Palestinians from their homes and shops in the Old Jerusalem City.

Aleef Sabbagh, a member of the Central Orthodox Council said that although Palestinian Christians support any moves to deter the Israeli occupation’s encroachment on their holy sites, there needs to be more transparency within the church. He was quoted saying, “The facts about what happens behind closed doors is not made public to us. We need to make everything public, so that we can defend ourselves properly against Israel.”