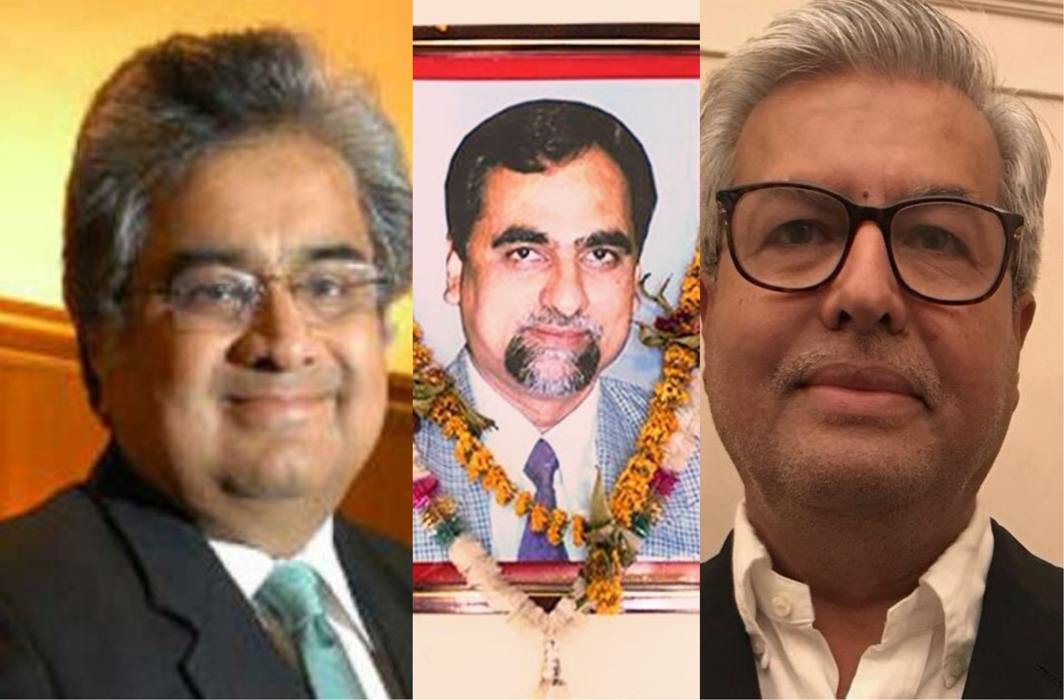 The Supreme Court bench of Chief Justice Dipak Misra and Justices AM Khanwilkar, DY Chandrachud on Monday (February 5) got back to the hearing of the plea seeking independent probe into the mysterious death of Judge BG Loya who was handling the Sohrabuddin Sheikh case.

The lawyers arguing for a probe listed discrepancies and missing links around the death of the judge.

The following were the proceedings in court:

It was submitted before the court that a video recording of the father and sister has been found. The bench permits the admission of the recording.

Senior counsel V Giri, reading out the facts of the case, says there is no document which establishes what happened in Dande. The document does not reveal what treatment he (Loya) underwent. He said that Page 52 of the compilation documents submitted is incomplete. That page states two injections were given but there are no details by which it can be established what treatment was carried out.

He also noted that the time of the discharge of the body from the hospital differs. Discrepancies exist. Also, no verification has been done by the four doctors. He said documentary evidence would show three people were involved during the treatment.

He said police constable Pankaj Thakur has been mentioned in serial No. 4.

He also said that while postmortem was conducted by doctor Kunda in Nagpur, no documentary evidence has been recorded. Which mean no statement has been taken of that doctor.

He further submitted that there are no proper documents to show when he was taken (to the hospital). No statement has been taken of the doctor as (apparently) Sitapuri police has no jurisdiction over the matter.

He said reference has been made of the register at Sadanpuri station. It was just that constable Pankaj Thakur handed over the reports/records along with all the belongings as the postmortem was completed. No verification has been done as to Pankaj’s hand in this case and on the jurisdiction of Sitaputi Police Station.

Also, no verification has been done as to who handed over the body to Dr Rathi. There is discrepancy in this. On completion of the postmortem, the body of the deceased is issued along with all his belongings.

It was also submitted in court that on February 7, 2016, an accidental death report was made. Hence questions arise about how this was done when the documents show something else.

There are also  discrepancies regarding the timings in the whole act. The first document referred to is the letter sent to the Chief Justice of the high court. This document is a letter from the Criminal Intelligence Department.

Dr Rathi’s statement was important, but it was noted that none of the statements were verified by the State Intelligence department.

Dr Rathi accompanied Justice Loya in the hospital and his statement at Dande was recorded. But Judge Loya was not taken to Dande hospital. At 6.15 am he was declared dead.

Counsel Giri mentions Dr Rohan Rai, whose reports have been mentioned. None of the doctors’ statements were recorded even though they were present in the hospital.

The statement of constable Pankaj Thakur was also not taken.

Senior counsel Harish Salve submitted that the second statements were recorded at the Sitapuri PS, which were picked up from somewhere else.

Senior counsel Dushyant Dave submitted his interest to cross examine under order 9. Senior counsel Indira Jaising submitted to the court that there are so many squibbles that “originals need to be seen by yourself.”

Senior counsel Dushyant Dave said that he will move an IA under Supreme Court rules to cross examine the persons who have given their statements.

Also, it still remains to be answered whether ECGs were done at Dande hospital or some other hospital.

Indira Jaising said no ECGs have been produced.

Giri said the postmortem report does not suggest any damage to the brain. Why no neurosurgeon was considered?

At 4 pm he complained about the pain and at 6:15 am he was declared brought dead, Giri said. Judge Brij Mohan Loya had come to attend the wedding at 4:15 pm and had complained of severe pain. He was taken to hospital where at 6:15 am doctor said Loya was brought dead.

Accidental death is registered at Sadar police station. Registration is done at Sadar station at 4 and the body goes to the government hospital – both these events show different timings.

Page 40 shows registration of death timings that requires explanation as it shows false and contradictory timings. More interestingly, Giri said, the death summary was recorded in 2016, but the death took place in 2014.

Documents were collected, none of the statements were recorded. No explanation has been sought in the same case as to why the death summary was recorded in February 2016. The only doctor of Dande hospital who was examined by the police submitted that he was not present at the hospital when Loya’s body was brought in.

Who brought deceased to the hospital and who were present during the whole procedure is not clear.

There is nothing clear as to what exactly happened with the deceased, said Giri.

How Prashant Rathi came to be there at Seetapadi Police Station at 8:30am?

Justice Chandrachud pointed out to the counsel to recheck on the meaning of nakalbayaan. This was probably because the documents are majorly in Marathi.

He further stated that explanation was required regarding:

Giri said none of the statements were given by Prakash Rathi in 2014. No explanation was given as why the body was taken to another place when his whole family was in Mumbai.

In a clubbed case, senior counsel Sisodia started his submission. He said the petitioner is journalist and come to this court to point contrasting articles in two publications, Carvaan and Indian Express.

He said  the judges can make their own decision on the place of funeral as printed in Indian Express. He talked about serious allegations of bribery too.

The allegation is that one judge was transferred and other judge was murdered because he refused a bribe of more than Rs 100 crores.

Sisodia said he was not taking sides, but one should not be attacked with an allegation without proper enquiry.

Indira Jaising said if Sisodia’s client didn’t want an enquiry, why had the petition been filed?

Then, when Dave refused to listen to him, Justice Chandrachud said: “Let us not reduce the dialogue of this court (to an extent) that even a fish market feels ashamed of.”

Dave then alleged that Sisodia was taking the side of Amit Shah (BJP President) since he did not mention his side properly.

At this Sisodia said: “We are not the judge. We can put our views and not take sides.”

With tempers rising and decibels too, Justice Chandrachud said: “Let’s preserve the dignity of this court.”

But Dave and Jaising start again to present their views. Then, when Salve said “it is oppressive,” Dave started shouting, saying “what is oppressive? Is it that he appeared for Amit Shah first and then started appearing for the state? These people are making money and we (who) are fighting for justice are being slapped with notices from the Bar Council of India that our right to practice will be cancelled. We are here to fight for justice. Your lordships can do whatever they want to do.”

In the register the number of occupants of the room was to be mentioned. Except for one, rest all of them had room number. She asked: “How is it possible that three judges would stay in a room with an occupancy of two, when other rooms were empty as well?”

Also, why his name is not mentioned in the register?