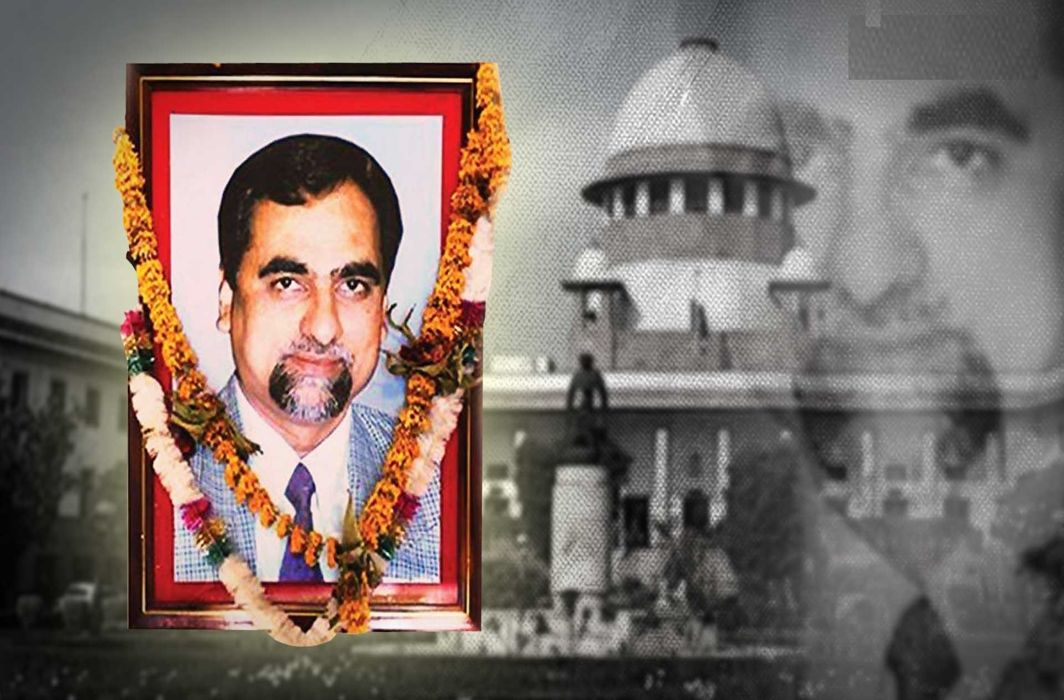 The Supreme Court bench of Chief Justice Dipak Misra and Justices A M Khanwilkar, D Y Chandrachud on Friday (February 9) continued hearing of the plea seeking independent probe into the mysterious death of Justice B G Loya who was handling the Sohrabuddin Seikh fake encounter case.

She referred to Section 174 of the CrPC and emphasized on the “accident” as mentioned in the bare provision. Accidental death report raises a doubt, she submitted. She said that the provision of the sub section 3 of the relevant section has been clearly violated. She said relatives include brother, sister, children and spouse under the explanation of the section.

On page 90 of the report that provision has been violated, she said.

She said that accidental death has been reported in the very first police document. There has been an error in the name here. While the judge’s actual name was Brij Gopal Loya, in ten documents it has been mentioned as Brij Mohan Loya. This raises doubts, she said.

According to provision of law, immediate intimation was supposed to have been given to the nearest executive magistrate (for accidental death). She said that this page immediately triggers section 174. Also, that the name of the deceased has been wrongly mentioned is a suspicious thing.

She refers to Inquest Panchnama which has not been reproduced.

She submitted that in page 23 (death investigation report) the inquest panchnama has not been produced. This pertains to his personal belongings. She said that there is a discrepancy even where the clothes are described. One document says brown pants and another says grey pants.

A copy of the post mortem report has been given along with the missing page.

She referred to time of postmortem which was done between 10:30 and 10:55am. She also submitted that on page 25 of the postmortem report this correction of the name has been referred to.

The name of the police station varies too.

Also, the case diary, which is most critical, has not been produced. Cause of death was coronary artery insufficiency. That was the postmortem report. Yet, this was mentioned as an accidental death.

She said that the final report and inquest report does not comply with section 174 CrPC. SS Gajang was the inquiry officer.

She said that there were several reasons to suspect the inquiry. She asked why the ECG report was not produced even though it was a case of a heart attack. Was it done at the Dande or at the Medetrina hospital? That too is not clear.

The statement that an ECG was done is actually as per hearsay.

And Rathi, who is an eye witness, has stated that ECG was not done as the machine was broken.

Jaising submitted that when Justice Loya complained of chest pains, he was taken to Dande hospital. The lift was not working so he climbed the stairs. An assistant doctor attended him, who tried to do the ECG but was unsuccessful because the machine was broken.

The assistant doctor gave two injections of antacids and wasted time. RR Rathi, being an eye witness says no ECG was done.

However, Dr Dande, being a hearsay witness says ECG was done.

After continuous complain, Justice Loya was taken to Medetirina Hospital where he was declared dead due to heart attack.

Statement of judge Rathi is of most important  as he considers the death of Loya as unfortunate.

The judge’s sister, who is a doctor has gone on record saying he had no history of cardiac problems. She has said that has had a clean clinical history. Also, no doctor at either hospital had recorded any history of the patient.