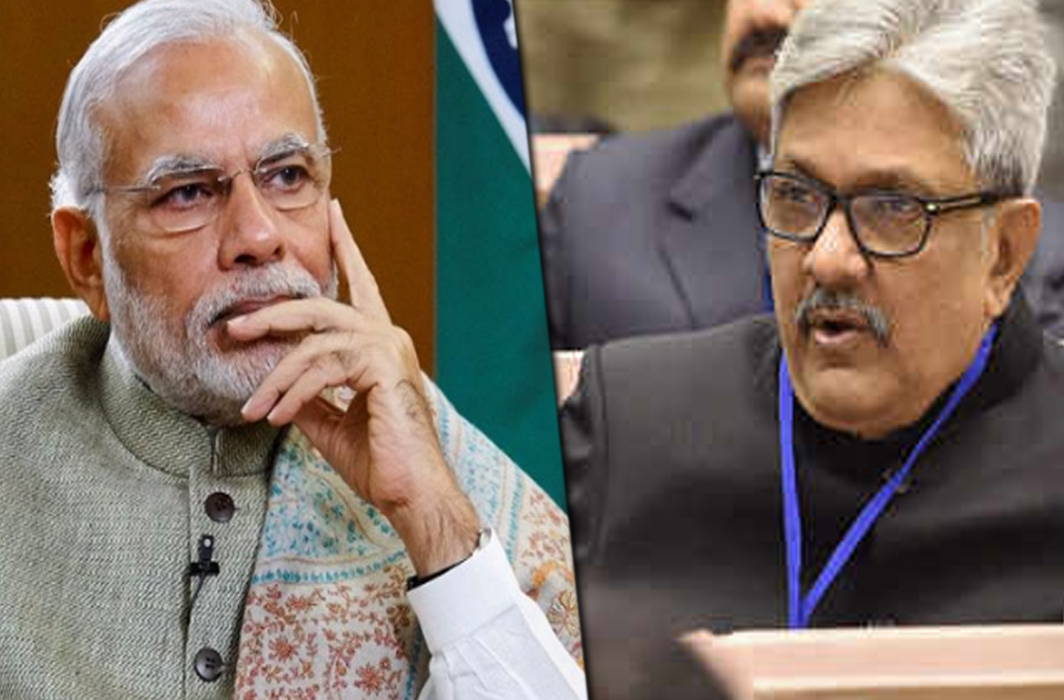 A group of judges met Chief Justice of India (CJI) Dipak Misra today (Monday, Aug 6), to take up call the government’s attempt to alter the seniority of Justice KM Joseph by putting his name at the bottom of the list of judges cleared for elevation to the top court.

The CJI assured the judges that he would take up the matter with the government. The swearing-in is scheduled for tomorrow, August 7.

The government had been reluctant to clear Justice Joseph’a name and his appointment as SC judge was cleared after much back-and-forth in the past eight months. Even while finally clearing his name when the SC Collegium sent it back a second time, the government did what it could against the interests of the Judge and put his name at the bottom of the list of judges approved, after the names of Justices Indira Banerjee and Vineet Saran.

With his name at the bottom of the list in notification for swearing in on Tuesday (August 7), he will be sworn in last. This will not allow him to even head an independent bench in a long while. It is known, though, that Justice Joseph, considering his seniority, date of retirement, and other issues, will never be the Chief Justice of India.

According to tradition – and tradition rules at the Supreme Court – judges lose seniority even if they are sworn in on the same day but hours apart. This had happened during the swearing in of two judges of the Supreme Court, Justices Ruma Pal and YK Sabharwal.

In 2000 both judges were named to the top court and Justice Pal was being sworn in for a six-year stint at the top court, which was time enough for her to be elevated to the post of Chief Justice of India.

However, the communication reached her late and her trip to Delhi was delayed. She was sworn in a few hours after Justice Sabharwal. That delayed communication robbed Justice Pal of the opportunity to be the Chief Justice, despite her being the senior judge of the two.

The issue of Justice KM Joseph’s seniority being affected in this manner was taken up some SC judges, including three from the Supreme Court collegium or panel that recommends appointments, with Chief Justice of India Dipak Misra today.

They were told by the Chief Justice that he would take up their protest with the Centre. The swearing-in takes place tomorrow.

Government sources, however, justified the order that places Justice Joseph last among the three judges to be sworn in on Tuesday, reported NDTV.

Denying the charge, government sources said Justice Joseph was appointed high court judge in October 2004, more than two years after Justice Indira Banerjee and Justice Vineet Sharan (both in February 2002). They argued that in the all-India seniority list of judges, Justice Banerjee is at number 2, Justice Sharan at 3 and Justice Joseph places 39.

Justice Joseph did become Chief Justice before the other two judges, but seniority is decided on the date of appointment as high court judge, not Chief Justice, the government sources contended, according to NDTV.

Countering that argument, sources in judiciary told NDTV “seniority is not the only criteria for elevation to the Supreme Court”, and that’s why the collegium rejected the government’s contention on seniority and stood firm by its recommendation of Justice Joseph.

The Supreme Court collegium named Justice Joseph for elevation in January, but the government sent back his file questioning the choice and pointing to inadequate representation in the top court from other states, especially Kerala. As the collegium reasserted its choice of Justice Joseph, the government was forced to accept it.

The government denies opposition allegations that its objections were linked to Justice Joseph’s order in 2016 scrapping President’s Rule in Uttarakhand, which helped restore the Congress’s government.