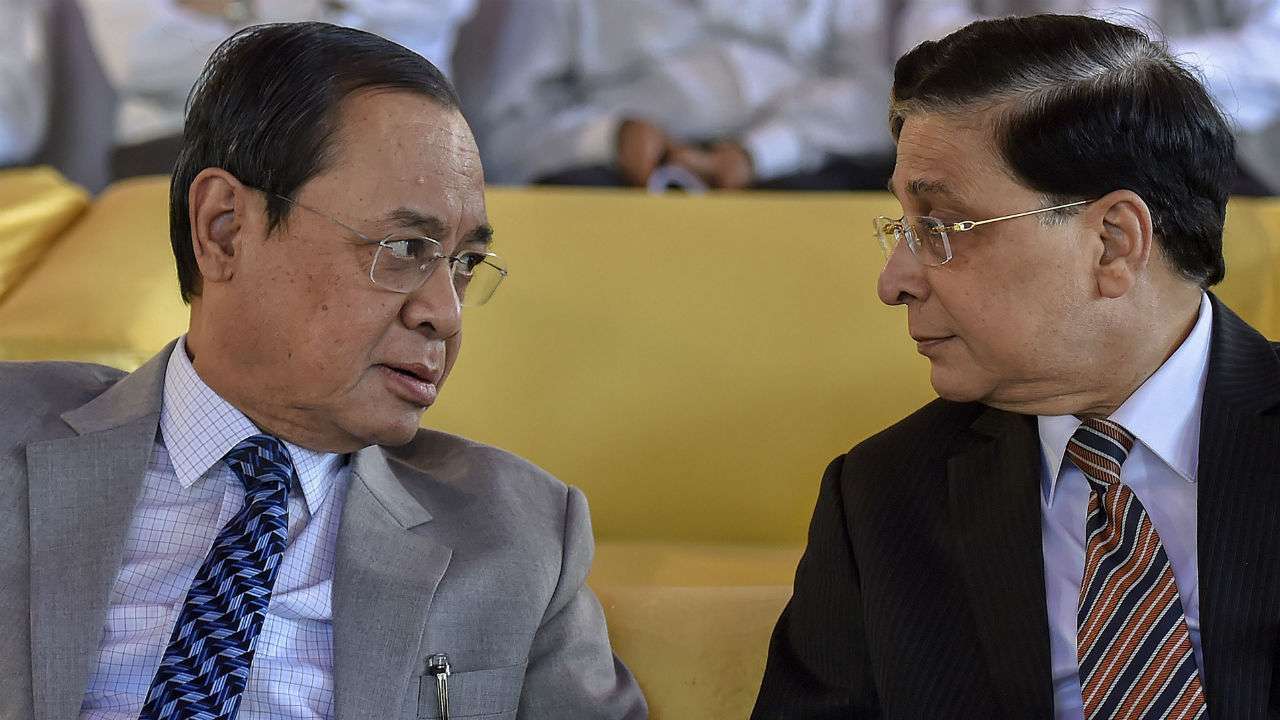 Justice Ranjan Gogoi was today (Wednesday, October 3), sworn-in as the 46th Chief Justice of India, the first judge from the northeast to occupy the post, as he takes over from Justice Dipak Misra who tenure ended on October 2.

Justice Gogoi was administered the oath of office by President Ram Nath Kovind at the Rashtrapati Bhavan.

Justice Gogoi’s elevation as Chief Justice was recommended, as per tradition, by his predecessor Chief Justice (Retired) Dipak Misra in September.

In January this year, Justice Gogoi was among four judges who held an unprecedented press conference protesting against then Chief Justice Dipak Misra

Chief Justice Gogoi will also have a tenure of a little over 13 months and will demit office on November 17, 2019 when he turns 65.

Son of former Assam Chief Minister Keshab Chandra Gogoi, Justice Gogoi was enrolled as an advocate in 1978. He practised in the Gauhati High Court on constitutional, taxation and company matters.

Chief Justice Gogoi’s stint as a judge began in February 2001 when he became a Permanent Judge of the Gauhati High Court. Chief Justice Gogoi also served as chief justice of the Punjab & Haryana High Court before being elevated to the Supreme Court on April 23, 2012.

Up until being sworn-in as the Chief Justice, Justice Gogoi, as the head of the top court’s Court No 2 (the courtroom of the second senior-most Supreme Court judge after the Chief Justice), was monitoring the update process of the National Register of Citizens, intended to identify illegal migrants in Assam.

He was also dealing with a plea seeking appointment of Lokpal.

Earlier, he was part of the seven-judge bench, which, in May 2017, held Calcutta High Court Judge CS Karnan guilty of contempt of court. He also headed the bench that directed the government to set up special courts to fast-track cases against politicians. In May this year, his bench struck down an amendment passed by the Uttar Pradesh government that allowed all former chief ministers to retain their official residences.

Last week, Chief Justice Misra (since retired) had dismissed a plea challenging the elevation of Justice Gogoi, saying the petition was “devoid of merits”. Referring to the press conference called by the judges in January, the petitioners had claimed that they “tried to arouse public furore in the country in the name of certain internal differences in this court”. “We are of the view that it is not the stage to interfere (with the appointment),” the bench headed by then Chief Justice Misra had said.