No damage to Indian mission reported

The death toll of the Saturday Kabul terror attack involving ambulance bomb has reached nearly 100 and scores wounded. Initially Kabul based Tolo News had reported of 17 deaths in the attack which took place little before 1 pm. The attack took place approximately 400 meters away from Indian mission, say and Indian expat.

Earlier it was reported that 40 people were killed and 140 were injured in the deadly attack. However the casualties rose with more deaths reported from the hospitals where injured were being treated.

There are reports of anger among the leadership as well residents of the capital Kabul.

US President Donald Trump has called for “decisive action” against the Taliban over the assault, the second attack after targeting Hotel Intercontinental killing more than twenty persons last week.

Taliban targeted innocent Afghans, brave police in Kabul today. Our thoughts and prayers go to the victims, and first responders. We will not allow the Taliban to win!

There are reports of people’s anger expressed on the social media at teh worsening security situation as Taliban and IS stepping up attacks on Kabul, making it most deadly place in the country. 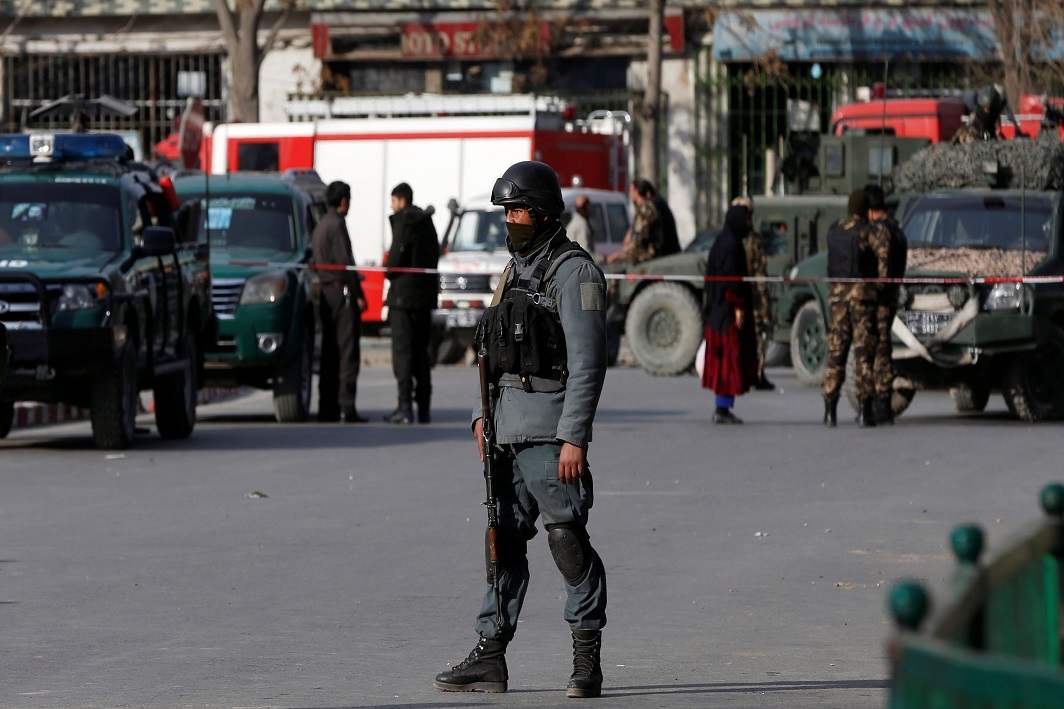 The attack took place not very far from Indian embassy. One Aditya Raj Kaul posted a message on her tweet:

#KabulAttack – Emergency Hospital coordinator Dejan Panic said on the facility’s twitter page after the attack “It’s a massacre”. At least 17 people are confirmed dead and over 110 wounded #Afghanistan.

Huge plumes of dark smoke were seen followed by at least three explosions. Emergency vehicles could be heard in the city centre.

The Tolo News reports that an explosive laden ambulance was detonated between two checkpoints outside the old Ministry of Interior building close to Sedarat Square. Most of the casualties are civilians. A journalist reporting from the ground zero said that he saw at least 20 ambulances racing away taking the casualties to the hospitals.

#KabulAttack – Emergency Hospital coordinator Dejan Panic said on the facility’s twitter page after the attack “It’s a massacre”. At least 17 people are confirmed dead and over 110 wounded #Afghanistan.

Public health ministry spokesman Mohammad Ismayeel Kawosi confirmed the casualty figures and said the wounded have been taken to different hospitals across the city.

The terror attack comes after a week of another attack on the most secured Intercontinental Hotel in the city, killing scores of people. The security forces continued their flush out operations for eighteen hours.

Al Jazeera’s Kabul correspondent Abdullah Shahood  reports  that the blast took place at lunchtime during a “relatively calm day”. “The city was jolted with a heavy explosion,” he said.

The Taliban terror group has claimed responsibility for the attack.