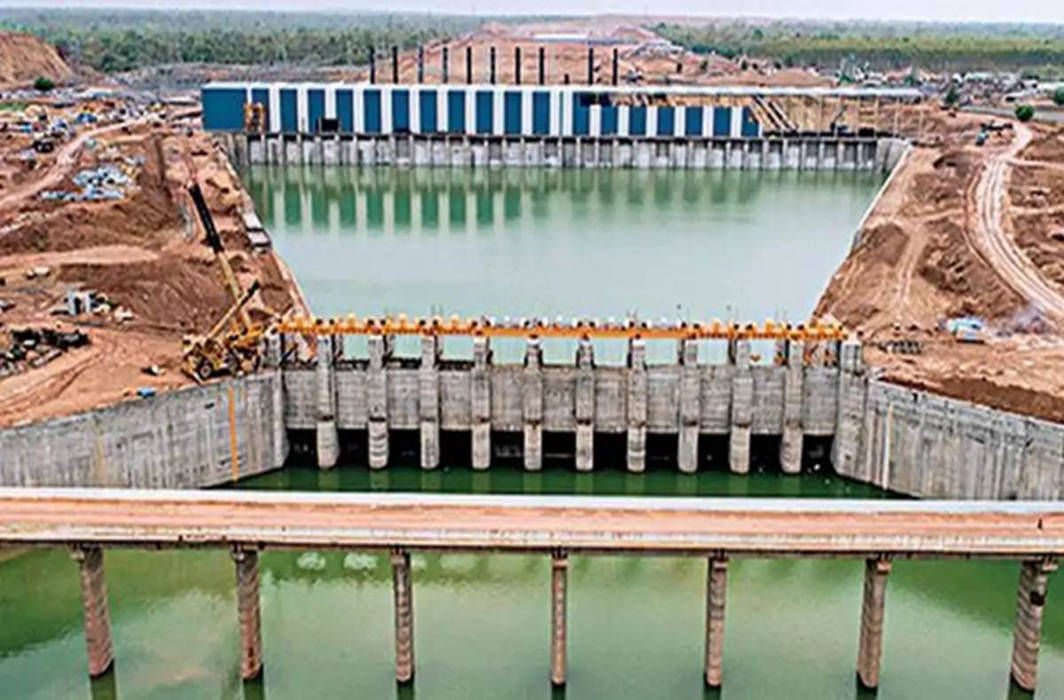 The project is a major step towards the goal of “Bangaru Telangana” (Golden Telangana) set by Rao, or KCR as he is popularly known, who called it his second-biggest dream after the formation of Telangana.

The project was reportedly conceptualised during the rule of Andhra Pradesh CM Jaganomohan Reddy’s father, former Chief Minister YS Rajasekhar Reddy, in 2004 as the Pranahita-Chevella project. KCR re-engineered and re-designed the project after he became Chief Minister.

The Telangana government took up the project at a cost of Rs 80,000 crore which is considered an engineering marvel in terms of biggest under-ground pump houses, high power pumps and underground tunnels, reported The Times of India (TOI).

The project is expected to irrigate 45 lakh acres and help produce two crops a year. It will also cater to the drinking water needs of 70 per cent of the state. An approximate 16 thousand million cubic feet (TMC) will support industries, said media reports.

The project will see at least 2 TMC of Godavari water lifted daily to the Medigadda Barrage and then transported via six more levels to Konda Pochamma Sagar Reservoir, which is located approximately 60 kilometres from Hyderabad, reported NDTV.

According to official statistics the project features the world’s biggest and largest underground pumping stations. In addition, an 81 kilometre long tunnel connecting Yellampalli Barrage and Mallanna Sagar Reservoir is nearing completion. The total length of canals, tunnels and pressure pipeline stands at 1,832 kilometres.

“Kaleshwaram is the one and the only project in the world, which can lift two tmcft of water every day. Efforts are on to add one more tmcft from the next year. It has world’s longest tunnel route of 203 km and utilisation of 139 MW maximum capacity pumps which were never used anywhere in the country,” said chief minister K Chandrasekhar Rao, according to TOI.

The uniqueness of the project is the biggest and crucial underground pumping station at Ramadugu  in Karimnagar district. Irrigation officials claim that if all the seven electrical pumps, each of 139 MW (Bahubali pumps) are switched on together, they can discharge 21,000 cusecs of water which is a rare feat in irrigation sector.

“Ramadugu pumping station is located at the 330 metre depth. While MEIL executed the project, BHEL developed and supplied the required pumps. Surge pool and additional surge pools of this pump house are also the biggest in the world. For the first time such constructions were made under the ground,” Megha Engineering and Infrastructure Limited (MEIL) director B Srinivas Reddy told TOI.

It is estimated that the project would require about 7,000 MW of power once the project is fully operational.