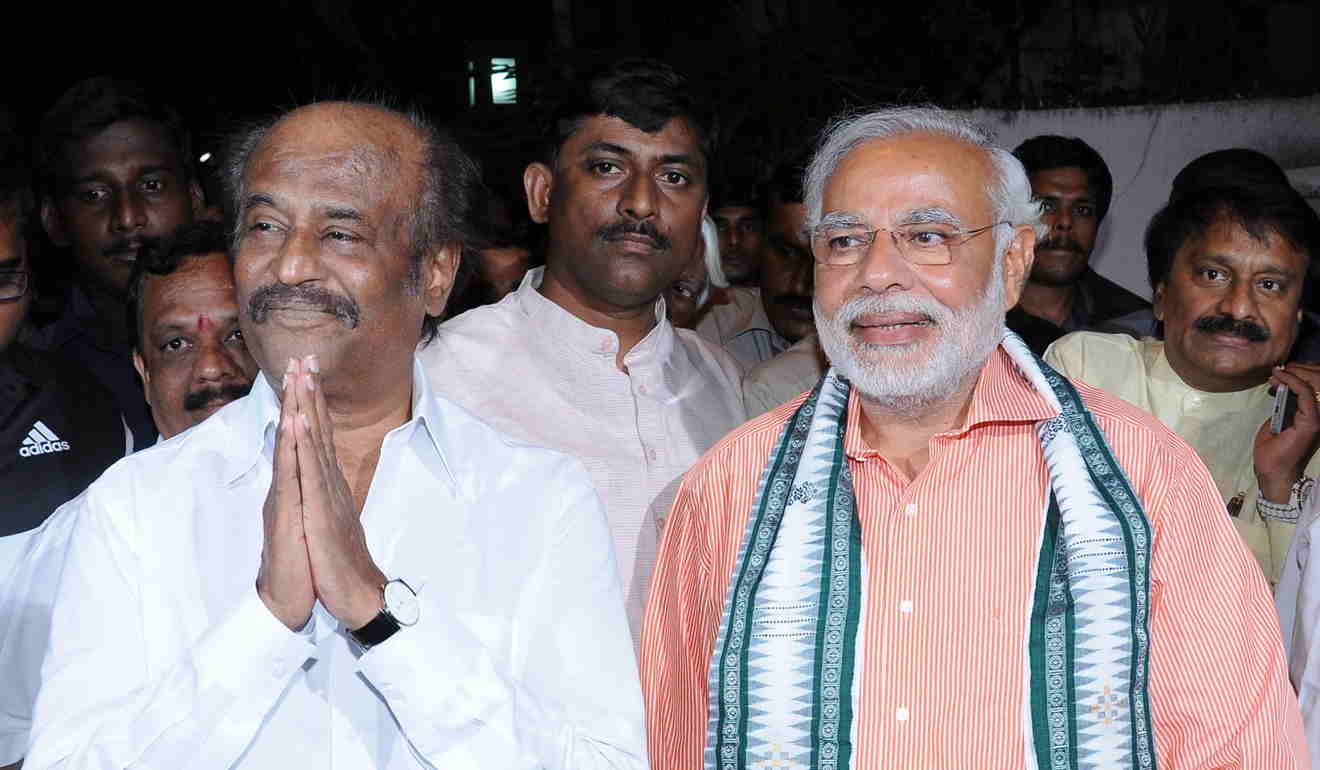 While his cine-colleague Kamal Haasan has been extremely vocal about his political ambitions over the past few months, Tamil superstar Rajinikanth had so far maintained a studied silence on rumours that he too was all set to take a plunge into politics.

But on Friday, a tweet by Rajinikanth in support of Prime Minister Narendra Modi’s Swachh Bharat initiative sent his fans and political observers into an overdrive, with many speculating if he was veering towards joining the BJP.

On Friday morning, as Prime Minister Modi was set to start a two-day visit of his Lok Sabha constituency of Varanasi, Rajinikanth who is an infrequent Twitter user posted on the micro-blogging site:

Over 7000 Twitter users retweeted Rajinikanth’s post, triggering immediate speculation over whether his comment is an oblique reference to his political inclination. The actor, unlike Kamal Haasan, has in recent years maintained equidistance from all political parties – he has met leaders of Dravidian parties like the DMK, AIADMK as also those from national parties like the BJP and Congress – but hasn’t spoken openly about his party of choice. In the past, however, Rajinikanth has endorsed the electoral bids of both AIADMK and DMK at different points in time for Tamil Nadu assembly polls.

In May this year, Rajini had said that “If God wills it, I will enter politics tomorrow” while telling millions of his fans across Tamil Nadu that the “the (political) system is rotten. We should change the system.”

While Haasan has expressly ruled out joining or allying with the BJP, asserting that “saffron is definitely not my colour”, Rajini has no apparent problems with the party. He is also said to enjoy a “good personal rapport” with Modi.

However, it is possible that Rajinikanth’s appreciation of Modi’s cleanliness drive is simply a response to a letter that the Prime Minister had sent to a score of film celebrities, artists and other prominent citizens on September 9, asking them to extend their support to his Swacchata Hi Seva movement which is part of his Swacch Bharat mission. Several cine-celebrities from across the country had received the letter and shared it on Twitter too.

I am honoured to be a part of #SwachhBharat campaign and will do my best for the noble initiative of #SwachhataHiSeva (2/2) pic.twitter.com/SrSt2GKBWF

.@narendramodi ji, heartfelt appreciation for this wonderful initiation. I‘ll do my best to be a part of my Swachh Bharat. #SwachhataHiSeva pic.twitter.com/eTsJOqjX4Y