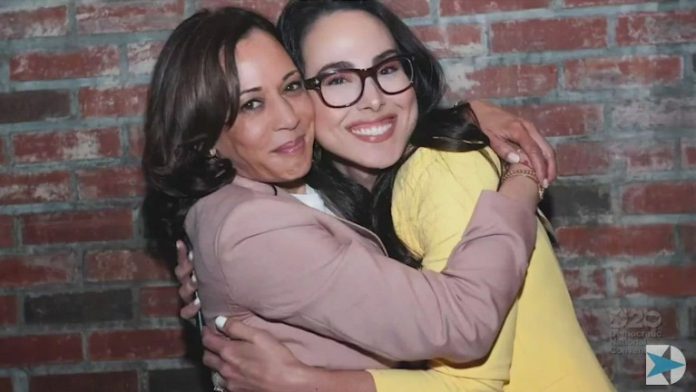 Kamala Harris’ niece Meena Harris has been slammed for tweeting a picture of Democratic Vice Presidential candidate morphed as Goddess Durga. Hindu groups in the US have sought an apology from Meena Harris, 35, who is a lawyer, a children’s book author and the founder of the Phenomenal Woman Action Campaign.

The tweet by Meena Harris, which has now been deleted, showed the image of Kamala Harris as Maa Durga, Joe Biden as her Vaahan and Donald Trump as Mahishasura.

The image has triggered outrage among various Hindu Groups in America. Suhag A Shukla of the Hindu American-Foundation on Monday tweeted that posting a caricature of the feminine divine Maa Durga with faces superimposed have deeply aggrieved many Hindus globally. Hindu American community has issued a guideline for commercial use of images related to the religion.

Rishi Bhutada, Hindu American Political Action Committee, said the religious iconography should not be used in the service of politics in America. He, however, demanded an apology from Meena Harris even though she has deleted the tweet.The convener of American Hindus Against Defamation, Ajay Shah said the image, depicting Kamala Harris as Durga has offended and outraged the religious community.

Kamala Harris and Joe Biden had greeted Hindu community in the US on Navratri.

Biden had tweeted that as the Hindu festival of Navratri begins, he and Jill send their best wishes to all those celebrating in the US and around the world. May good once again triumph over evil and usher in new beginnings and opportunity for all.

DouglasEmhoff and I wish our Hindu American friends and family, and all those celebrating, a very Happy Navratri! May this holiday serve as an inspiration to all of us to lift up our communities and build a more inclusive and just America, 55-year-old Senator Harris had tweeted.

Read Also: When will the Chinese be thrown out: Rahul Gandhi asks PM Modi before address to nation