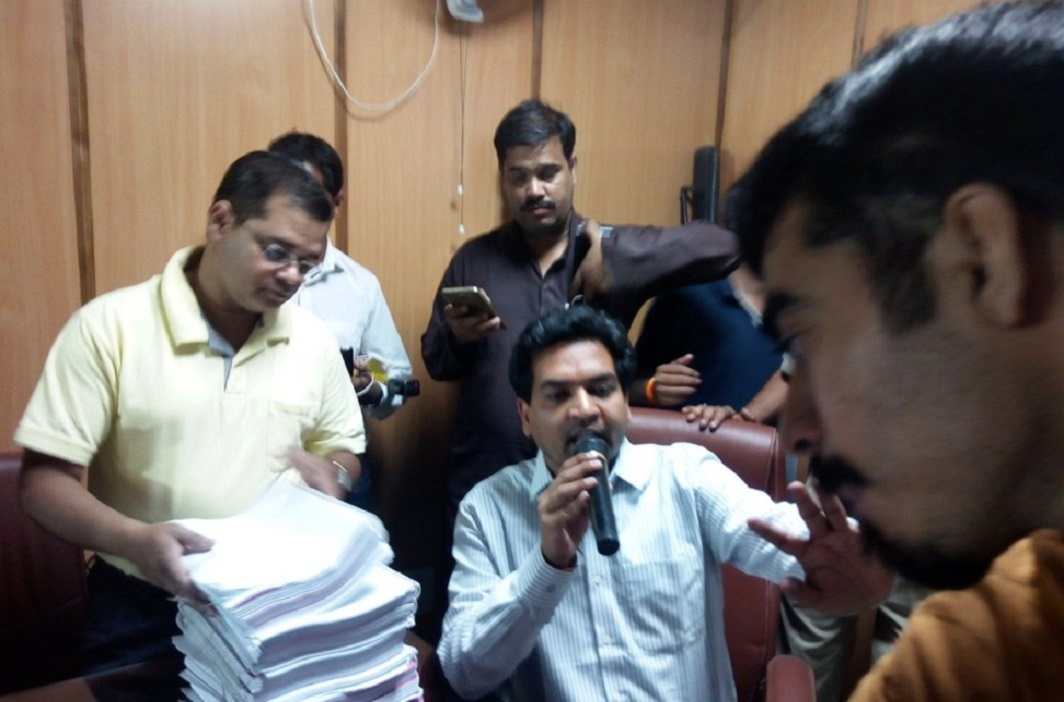 Mishra said he will drag Kejriwal to Tihar Jail by the collar if he failed to resign from the post of Delhi CM.

Mishra has been on a hunger strike which entered day 5 today. In the press conference, Mishra said AAP had concealed donations from the Election Commission and is involved in money laundering through shell companies and fictitious donors.

Mishra, who is staging an indefinite hunger strike since Wednesday, also claimed that Kejriwal was involved in laundering hawala money.

“I will go to CBI with the evidence. After all this is investigated, he will go straight to jail,” Mishra said referring to Kejriwal.

He warned the Delhi chief minister that he would drag him by the collar to Tihar Jail if he fails to resign.

Alleging huge discrepancies in AAP’s income declarations, Mishra said, “AAP’s account has Rs 45 crore in 2013-2014, while its website showed Rs 19 crore and the Election Commission was told only about Rs 9 crore.” He alleged similar discrepancies in 2014-2015.

Mishra also named AAP MLA Shiv Charan Goyal in his media briefing, alleging him of managing 16 shell companies which made donations to the party.  “All donations were made at midnight, January 20, 2014,” Mishra said.

Mishra is recuperating at Ram Manohar Lohia Hospital. A week ago, Mishra had opened a front against Kejriwal, saying he took Rs 2 crore bribe from minister Satyendra Jain.