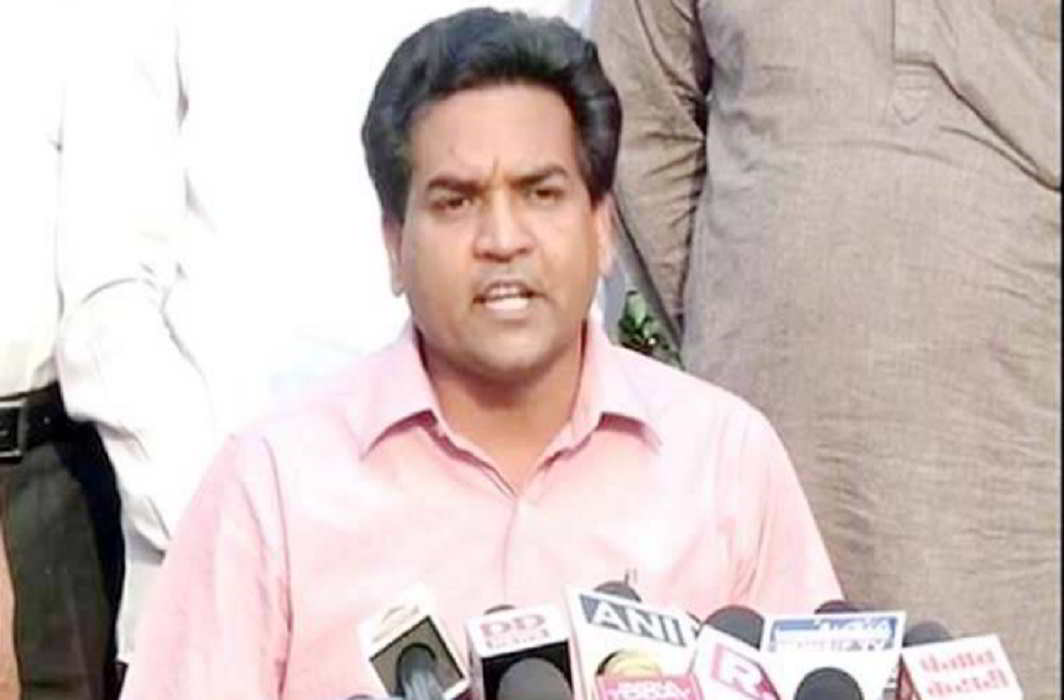 Mishra, who threatened to sit on a hunger strike, challenged AAP leaders to make public the details of their foreign visits.

Sacked Delhi Minister Kapil Mishra, who was also suspended by the Aam Aadmi Party on Monday, finally lodged three complaints with the Central Bureau of Investigation against Delhi Chief Minister Arvind Kejriwal and other party leaders.

Mishra had on Sunday alleged that Kejriwal had got a bribe of Rs 2 crore from another Delhi minister, Satyendra Jain. “I’ve registered three complaints. The first in connection with Rs 50 crore land deal of Arvind Kejriwal’s relative. The second against the cash exchange of Rs 2 crore between Kejriwal and Satyendra Jain, and a third against five AAP leaders who misused funds for foreign trips,” Mishra said after meeting CBI officers.

The sacked minister challenged AAP leaders to make public the details of their foreign visits, while threatening to sit on a hunger strike if they do not accept the challenge.

AAP chief Kejriwal promised earlier in the day to expose a “larger conspiracy”on the issue looming over the country. “AAP leader Saurabh Bharadwaj will make the revelation in the Delhi Assembly today,” Kejriwal tweeted.

Meanwhile, BJP members held a protest outside Kejriwal’s residence. Protesters chanted slogans against the Delhi CM and refused to leave the spot even after police used water cannons. They were asking for the resignation of Kejriwal following Mishra’s allegations of corruption and bribery.

Mishra challenged Kejriwal to resign and fight an election against him. “You are trying to remove me from the Assembly, I challenge you to contest the elections against me, from any seat. Let’s fight the election from my Karawal Nagar seat or even your New Delhi seat. If you believe that people are with you, then I am ready to resign,” he said while reading out a letter addressed to the AAP chief and asked for his “blessings”.