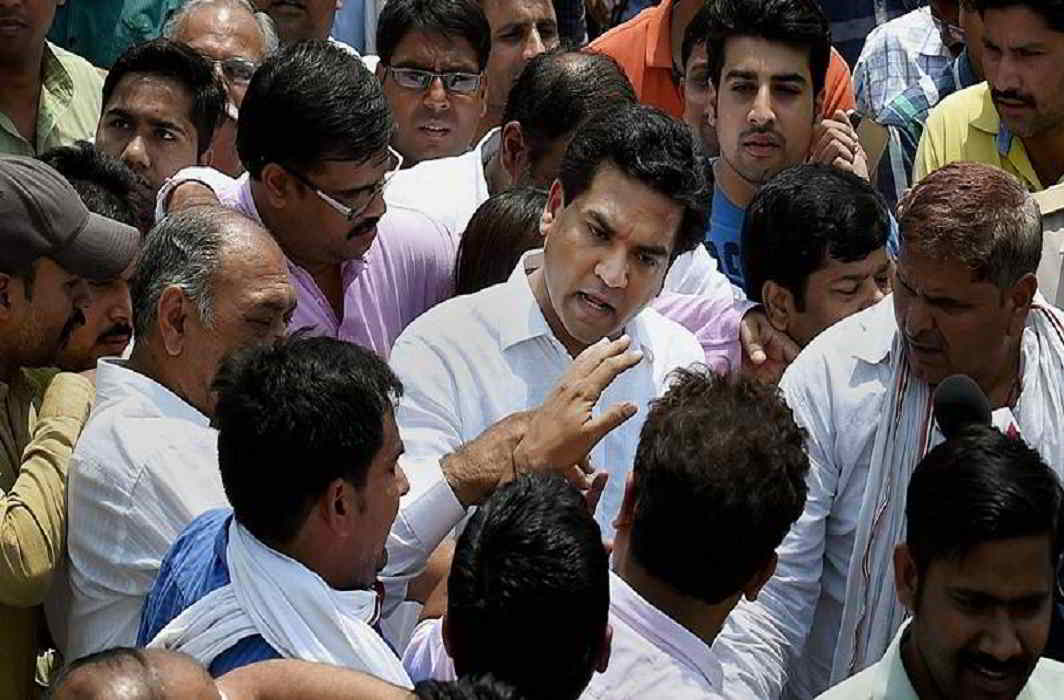 Mishra, who is on a hunger strike against AAP leadership, was slapped on Wednesday by a party supporter later identified as Ankit Bharadwaj

Kapil Mishra, the suspended Aam Aadmi Party leader, on Thursday alleged the man who attacked him on Wednesday worked with another minister Satyendra Jain. Mishra had said Delhi Chief Minister Arvind Kejriwal had taken a bribe of Rs 2 crore from Jain.

The suspended leader, who is on his second day of fasting, said this morning, “The attack was all too planned. The attacker, Ankit Bharadwaj, is working with Satyendra Jain in the Mohalla Clinic project and is a party worker,” thereby contesting AAP allegations that he was a member of BJP’s youth wing, the Bharatiya Janata Yuva Morcha (BJYM). But the outfit denied any connection with Bharadwaj.

He also questioned the haste shown by the party to declare the attacker a BJP man. Mishra, who has been on an indefinite hunger strike since yesterday, is demanding that the details of the foreign trips made by five senior AAP leaders be made public. He was attacked by a man later identified as Ankit Bharadwaj. Supporters of Mishra overpowered Bharadwaj and turned him over to police.

The suspended minister said this morning that he will be meeting Anti-Corruption Branch (ACB) officials today and will hand over more details about what he calls “water tanker scam”.  Mishra on Sunday has said that he had witnessed Kejriwal receiving Rs 2 crore bribe from Satyendra Jain and that Jain had helped the Delhi CM’s brother-in-law in securing a Rs 20-crore land deal.