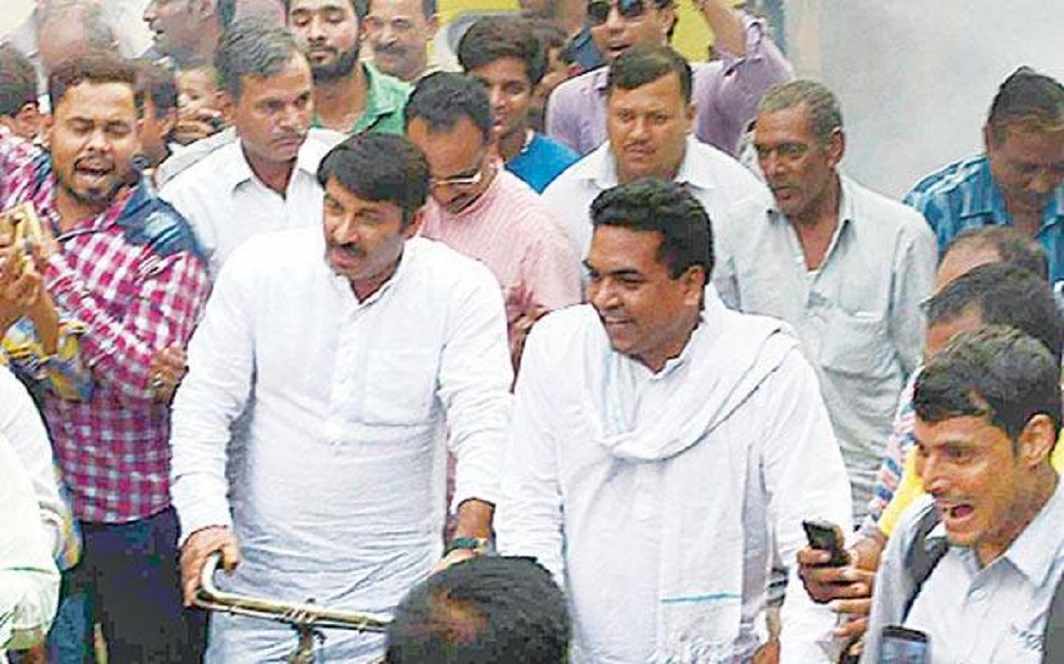 People of Delhi received an SMS where suspended AAP leader Kapil Mishra asked them to join him by giving him a missed call.

From the beginning of his rebellion against the Aam Aadmi Party, Kapil Mishra was thought to be a pawn in the hands of the BJP.

Mishra, who was suspended from AAP for raising his voice against his own “guru” Delhi Chief Minister Arvind Kejriwal, has taken a leaf out of his former associate’s book to garner support for his “fight against corruption”.

Many mobile subscribers in Delhi got an SMS in which Kapil Mishra asked them to join him by giving him a missed call on a number (7863037300). A campaign trick popularised by the BJP and once used by Kejriwal, this new move by the former AAP minister raises questions about his political allegiance.

BJP came up with the missed call campaign for party membership in which a missed call (to 18002662020 ) by anyone would make them an official party member. The move was widely criticised and mocked but nevertheless the saffron party went on with it and claimed to have got 1 crore new members.

Kapil Mishra’s new “fight” resembles the same pattern where you will be virtually a member of his “movement”!

Mishra was sacked from the Delhi Cabinet on May 7 for alleged mismanagement in water supply. Though the above said was the official reason, reports suggest that the action was for hobnobbing with senior party leader Kumar Vishwas to oust Kejriwal from the party convener post.

After his removal, Mishra came up with corruption allegations against Kejriwal, whom he claimed to have seen receiving Rs 2 crore as bribe from minister Satyendra Jain. He went on to sit for a week-long hunger strike demanding flight-details of senior AAP leaders. The party immediately refuted all allegations and retaliated by releasing a photo of Mishra with BJP leaders including party Delhi chief Manish Tiwari.