On the possibility of the return of Rahul Gandhi as the Congress president, he said the party does not respond to buzzes but to reality hence if any major change happens, all will eventually get to know. 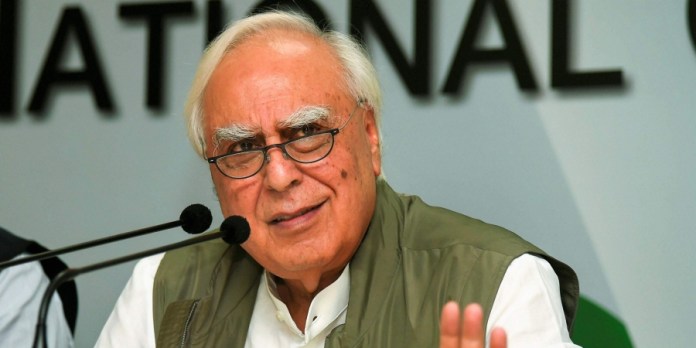 Nearly a month after Congress president Sonia Gandhi met the group of 23 leaders who wrote to her, seeking reforms within the party, senior Congress leader Kapil Sibal on Sunday said even though Sonia Gandhi promised internal elections, there is still no clarity on how and when that will happen.

Expressing his confusion on Congress’ internal polls, Sibal said it is extremely important for the Congress to revive itself as a political force in the country. Sibal told the Indian Express that the party believes that elections will be conducted consistent with the provisions of the Constitution.

Speaking about disenchantment within the Congress, Kapil Saibal said, those who feel that it is already a political force which is doing all that it can, and the process of revival has started. He said there is a need to look at what is happening in various states. Several leaders from Delhi met him to express his concern about processes in Delhi and want the party to act swiftly, Sibal said.

Asking about the next step, he said these are dialogues that take place within the party and don’t want to enter into the merits or demerit matters of concern. There is a Constitution that the party governed by, and that all Congressmen must respect that constitution and its processes.

On the possibility of the return of Rahul Gandhi as the Congress president, he said the party does not respond to buzzes but to reality hence if any major change happens, all will eventually get to know.