Kareena, Saif leave hospital after birth of second child: Check out pics of newborn inside

The proud parents were seen leaving the hospital and heading to their new house in Mumbai with four-year-old Taimur while the newborn was tucked in nanny’s arms. 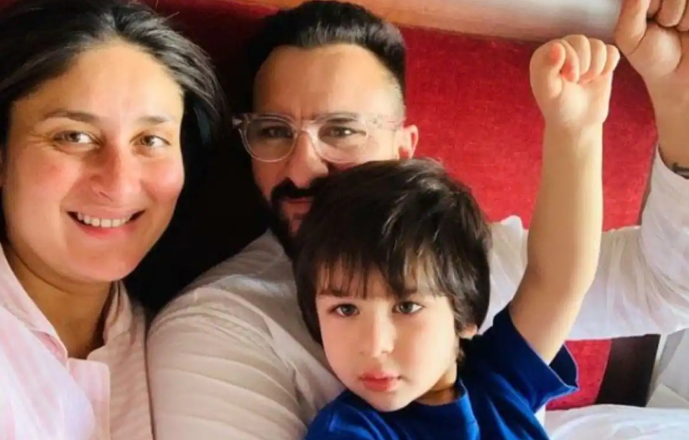 Actor Kareena Kapoor Khan, who delivered second child on Sunday, was discharged from Mumbai ‘s Breach Candy  hospital today.  The proud parents were seen leaving the hospital and heading to their new house in Mumbai with four-year-old Taimur while the newborn was tucked in nanny’s arms. The couple welcomed the second child on Sunday with Saif issuing a statement that both the baby and mother were doing fine.

Expressing his excitement at becoming grandfather again, Kareena’s father Randhir Kapoor said even Taimur was so happy to have a little brother. He said he wants to bless the couple from the core of his heart.

The Jab We Met actor had announced her pregnancy on social media in August. The couple issued a joint statement saying they were expecting an addition to their family. They also thanked their well-wishers for their love and support.

Kareena continued to made headlines with her on-spot fashion and activeness throughout the pregnancy. She completed shooting of Aamir Khan starrer Laal Singh Chaddha during the period. The film is set to release later this year. She also shot for various commercials during the pregnancy.

Saif and Kareena fell in love during the shooting of Tashan and tied the knot in the year 2012. The couple was blessed with their first child in 2016 when Taimur was born.

On work front, Kareena will be seen in Karan Johar’s Takht while Saif will star in Adipurush, Bhoot Police and Bunty Aur Babli 2.