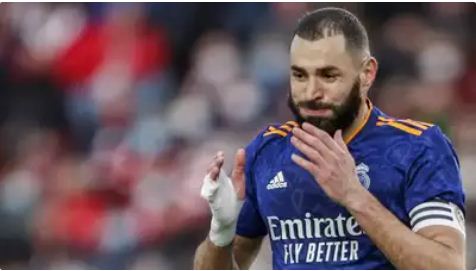 Real Madrid star Karim Benzema has been found guilty in a sex tape blackmail case by a French court on Wednesday. The court has handed him a one-year suspended sentence and a fine of Euro 75,000. The French striker conspired to blackmail his former teammate Mathieu Valbuena with a sex tape, in a case that tarnished both their careers.

The allegations came in light in 2015, which led Benzema to being banned from the national team for five years until he was brought back to play in EURO 2020 in the year 2021.

The court’s decision came right before when France Football is about to announce the winner of the prestigious Ballon d’Or on November 29 and Karim Benzema is one of the top candidates along with the likes of Leo Messi, Robert Lewandowski and Cristiano Ronaldo, to win the award.

Benzema’s lawyer confirmed after the case that the player will appeal against the decision. Benzema was not present in the court as the striker is preparing for his Champions League match against Sheriff Tiraspol in Moldova.

Since making his comeback in the national team, Benzema has scored 9 goals and played EURO 2020 under the World Cup-winning coach Didier Deschamps, he also became the fifth-highest scorer in the history of Les Bleus.

The 33-year-old, who is currently the top goalscorer and assist provider in La Liga, scoring on 10 occasions and assisting 7 times to his Los Blancos teammates.