According to the police, a major explosion of truckload of explosives took place near a gravel and boulder crushing facility around 10:30 pm last night, which sent shockwaves to neighbouring areas including Davangere and Chikkamagaluru districts. 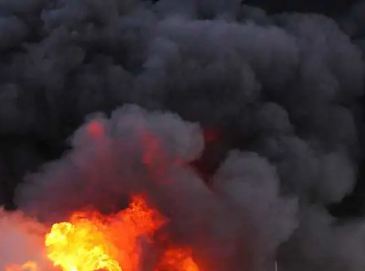 At least eight people died in a massive explosion at a stone mining quarry in Karnataka’s Shivamogga district on Thursday. The Chief Minister BS Yediyurappa has ordered a probe into the explosion.

According to the police, a major explosion of truckload of explosives took place near a gravel and boulder crushing facility around 10:30 pm last night, which sent shockwaves to neighbouring areas including Davangere and Chikkamagaluru districts.

An eyewitness said the blast was so strong that window panes shattered while many houses and even roads developed cracks, reported news agency PTI. The senior district and police officials including the superintendent of police of Shivamogga rushed to the spot as soon as they were informed.

The people who were killed in the blast were reportedly transporting the explosives meant for mining in a truck. The entire area of the incident has been sealed off. Since some dynamite sticks were still alive, the possibility of subsequent blasts at the quarry at Hunasondi near village Abbalagere has not been ruled out. Hence, nobody inside the quarry is allowed till bomb disposal teams arrive.

Reacting to the incident, Yediyurappa expressed his deepest condolences to the family of those who died. The wounded are being treated and I wish them all speedy recovery. A high-level investigation has been ordered and strict action against the guilty is certain, tweeted the Chief Minister.

Prime Minister Narendra Modi also reacted to the tragedy. Pained by the loss of lives in Shivamogga, he expressed his condolences to the bereaved families and prayed that the injured recover soon. The state government has been providing all possible assistance to the affected, wrote PM Modi in the tweet.

Earlier the jolt was mistaken to have been caused by an earthquake as per officials. Following which geologists were informed, who said no tremors have been recorded in any of their observatories.