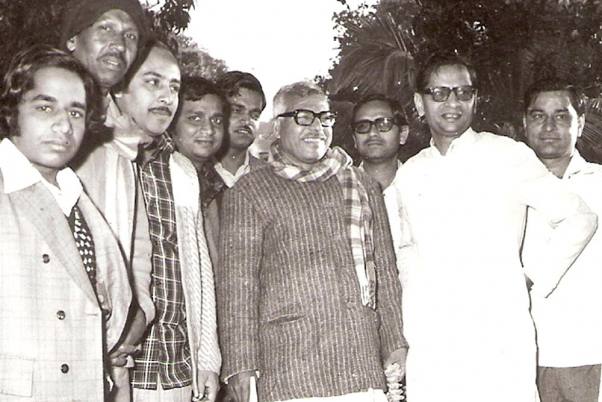 Karpoori Thakur, the former chief minister of Bihar, considered to be one of the makers of modern Bihar, still finds mention in every election in the state. Friday was no different as Prime Minister Narendra Modi spoke about the contribution of the socialist leader while addressing a rally in Sasaram ahead of the first phase of elections on October 28.

Stories of the simplicity and politeness of Thakur, who passed away in 1988, is legion. As old-timers recollect, the leader would invariably squat on the ground while campaigning for elections, a sight which is unimaginable in today’s VIP culture and the safari suit-clad policemen. Popularly known as Jan Nayak, Thakur was born on January 24, 1924 in a family of the barber caste. He left college to join the Quit India Movement. Thakur spent 26 months in jail for his participation in the Independence movement.

Thakur’s stint in politics started when he joined the Socialist Party of India. He went on to become a member of the Bihar Assembly in 1952 from Tajpur constituency. During his political career, he fought for social justice, which increased his stature in the state. During his rule as chief minister, the socialist leader established many schools and colleges in the backward areas of the state. In 1970, he went on a fast-unto-death for Telco labourers.

Thakur continues to enjoy immense popularity among backward classes. PM Modi’s praise of the leader can be seen as an attempt to woo voters of backward castes, who continue to be in a majority in the state. The BJP had tried to cash in on Thakur’s popularity before the Lok Sabha election in 2014 as well when Union Minister Rajnath Singh had praised him and compared his background to that of PM Modi. Singh had said Thakur never indulged in political branding of his simplicity, as has become the tradition in present times at a function back in the year.

The significance of Karpoori Thakur lies in his understanding, for the first time, that backward castes coming together can dislodge the upper castes from enjoying the monopoly of power. He is also a famous pro-Prohibitionist whose image was sought to be invoked by current chief minister Nitish Kumar when he banned alcohol from the state as policy.