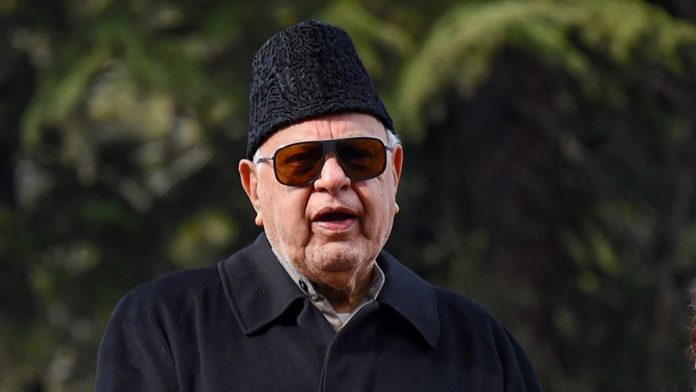 With the National Conference claiming former Jammu and Kashmir Chief Minister Farooq Abdullah was stopped from offering prayers at Srinagar’s Hazratbal Shrine on the occasion of Milad-un-Nabi on Friday, the state’s parties huddled together in a the second instance of rare solidarity. The first instance was when the PDP joined the group of parties’ Gupkar Road resolution soon after its chief Mehbooba Mufti was released.

Once the National Conference said Abdullah was not allowed to leave for the shrine by the union territory administration, Mufti was the first to decry the move. She condemned the administration for stopping Abdullah from offering prayers. She tweeted that preventing him from offering prayers on Milad Un Nabi Saw at Hazratbal exposes the Government of India’s deep paranoia. “It’s a gross violation of our rights and is highly condemnable,” she said.

Farooq Abdullah had been under house arrest since the Centre abrogated the special status accorded to Jammu and Kashmir under Article 370 of the Constitution and divided the state into two Union Territories on August 5, 2019. The former chief minister was released in March this year, a few days before the government announced the first nationwide lockdown in view of the coronavirus pandemic.

On Thursday, Mehbooba Mufti had been turned back while she was going to meet party leaders detained by Jammu and Kashmir police for protesting against new land laws introduced by the Centre allowing outsiders to buy land in Jammu and Kashmir.

Peoples’ Alliance for Gupkar Declaration spokesperson Sajad Lone said Abdullah was scheduled to go to Hazratbal but was stopped from leaving his house. The alliance strongly condemned the actions of the administration which are tantamount to interference in the religious rights of Dr. Abdullah, he said. This marks a new low in the curtailment of fundamental rights of the people of Jammu and Kashmir. The Gupkar alliance demanded that the blockade be removed so that Farooq sahib is able to perform his religious duties, Lone added.