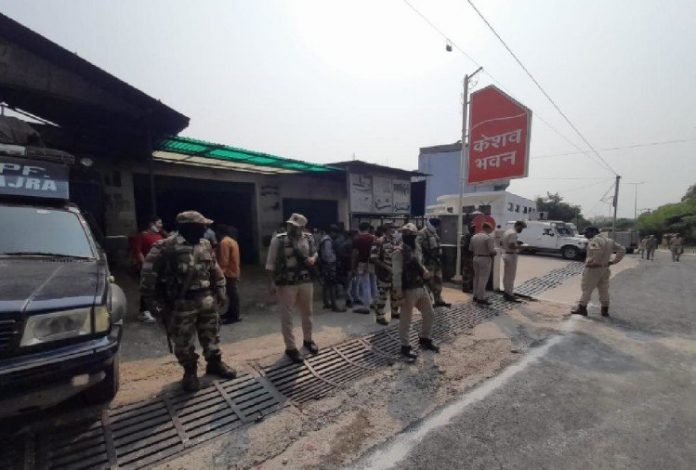 Attacks on migrant workers and local residents continued in the Kashmir Valley. In the latest terrorist attack in Kulgam on Sunday evening, two more migrant labourers from Bihar were gunned down by terrorists, while one suffered serious injuries.

This attack comes a day after when some unidentified gunmen shot a street vendor from Bihar and a carpenter from Uttar Pradesh in Pulwama and Srinagar, respectively. Including this total death toll of civilians rises to at least 11 in only October itself, apart from this, some security personnel have also been shot dead.

As per reports, on Sunday, terrorists opened fire at the labourers at Vanpoh in Kulgam district, in which two migrant workers – Raja Reshi dev & Joginder Reshi – from Bihar died on the spot and Chun Chun Reshi was injured in the attack. The Jammu and Kashmir police blamed this attack on separatist militants and said that the victims were targeted by them in Kulgam district. Following the incident, The J&K police have cordoned off the area and sieged the area to capture the assailants dead or, alive.

Earlier this month, seven civilians including a Kashmiri Pandit, a street vendor from Bihar, a cab driver, a school principal, a teacher and two other civilians have lost their lives in targeted killings around Srinagar.

Vijay Kumar, Inspector General of Police on Saturday, had said that the police and security forces have eliminated 5 of the militants in past one week. Manoj Sinha, lieutenant governor of J&K, promised to take down the perpetrators and paid tributes to all martyred civilians. Sinha also urged the people to remember the sacrifices of security personnel and asked to light a Diya on Deepavali as a tribute to them. He said, “When we light the Deepavali lamps next month, let’s light one lamp in remembrance of the martyrs among the security forces who were prematurely snatched from us by the enemies of humanity.”

Facebook
Twitter
Pinterest
WhatsApp
Linkedin
ReddIt
Tumblr
Telegram
Mix
Previous articleChoose to stay unvaccinated…: Pooja Bedi tests COVID-19 positive, shares video | WATCH
Next articleDoctor checked other areas that were not connected with eye…: Neena Gupta recalls when she was molested by her doctor as a child