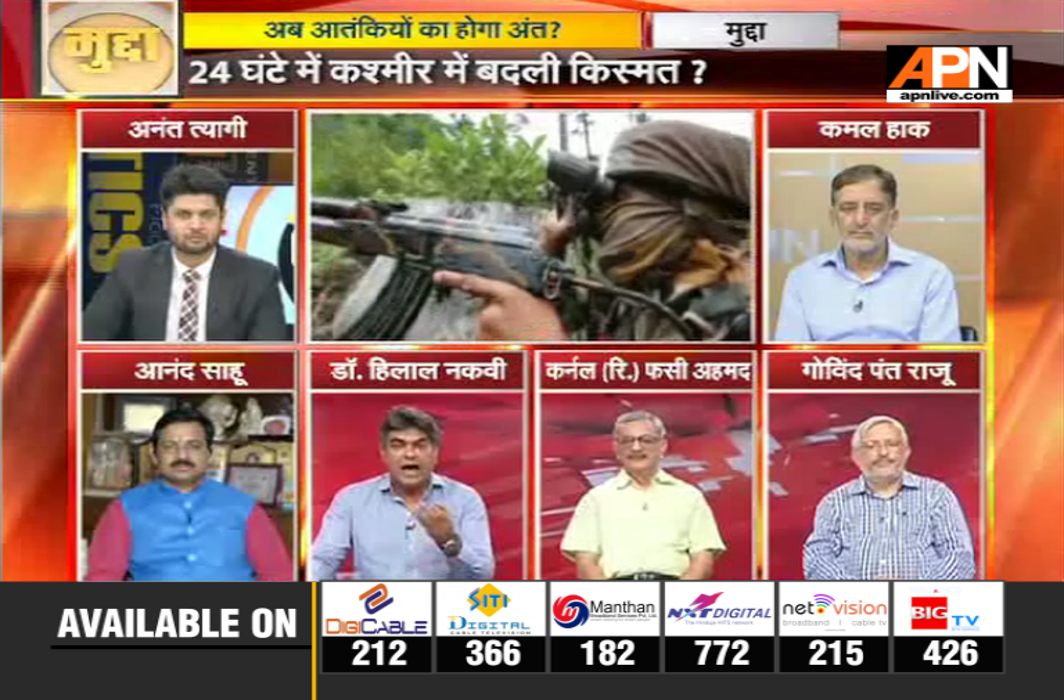 Speaker at Mudda feels BJP lost the battle when it allied with PDP to form government in state as their ideologies are too different, also that Army does not have complete freedom

In a fast moving development governor’s rule was imposed in Jammu and Kashmir on Wednesday after BJP withdrew support from the Mehbooba Mufti headed coalition government.  In the new situation, the army has been given a free hand to take care of the situation created by the terrorists and rein in local youth provoked to take up stone-pelting against the security forces by Pakistan.

The army has resumed operations against terrorists, killing five of them in 24 hours. The stone throwers have been warned of stern action in case they dare to engage in attacks against security forces. The army, which was working under political pressure over the last 40 months, can now take any step as it deems fit to deal with the situation on the ground. The scenario has completely changed since promulgation of Governor’s rule in the state.

APN chose to discuss the new scenario in Jammu and Kashmir in its afternoon show, Mudda, on Wednesday.  The participants in the debate were Hilal Naqvi, spokesperson of the Congress party, Anand Sahu, leader, BJP, Col Fasi Ahmed, a defence expert, Kalam Hak, spokesperson of Panun Kashmir, and Govind Pant Raju, consulting editor of APN. Anant Tyagi anchored the show.

Initiating the debate, Naqvi alleged that BJP has badly destroyed the social fabric of Jammu and Kashmir. They have similar instances of mishandling situations elsewhere as well. However, he said that his party desires immediate restoration of the situation to normalcy and is ready to cooperate in that direction.

Sahu said that terrorism in the state has caused the situation to deteriorate unprecedentedly. The terrorists are not sparing even journalists. Mehbooba Mufti’s statements have been controversial at times. The people of the state want to escape the vicious circle of terror and live in peace and harmony. He added that the question that remains to be answered is how far the PDP-BJP government has succeeded or failed in its mission.

Kamal Hak, spokesperson of Panun Kashmir, said that it was unfortunate that the government provides security to those involved in separatist activities. He was in favour of the Army being given a free hand. He was also pessimistic regarding improvement in the situation during the period of governor’s rule. He argued, however, that things always took a turn for the better whenever governor’s rule was imposed since 1990. Hak opined that BJP had lost the game in Kashmir during the very formation of the PDP-BJP coalition government as it was a substantial political compromise.

Col Ahmed said that the outgoing PDP-BJP government nursed conflicting ideologies on several important issues. He said that the army has to follow and execute government orders and does not have complete freedom.

The debate attracted a large number or people throughout the country who were watching it on their TV and mobile screens. Another group of people followed the show through APN Hindi tweets.