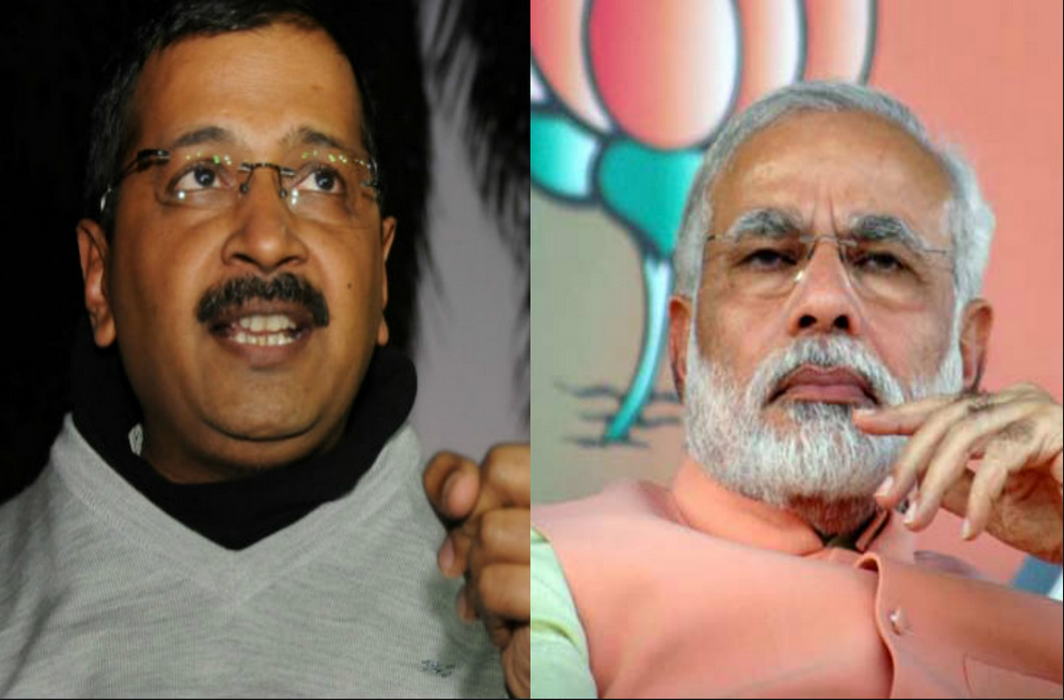 He also accused the Modi government of launching a political witch hunt against Delhi government by filing numerous corruption cases against its ministers but failing to convict or arrest any one of them.

Kejriwal had refrained from attacking PM Modi after the MCD elections in which AAP faired poorly.

Addressing a press conference at his residence, on Monday, June 11, Kejriwal broke his silence to say, “People keep saying Kejriwal has not said anything in the past one year. I think they (Centre) have started to take undue advantage of my silence.”

“The attacks on us have intensified over the last three months. The BJP is rattled by our good work mainly because they are being questioned by the people as to why their governments are not being able to deliver in the areas of education and healthcare like our three-year-old government in Delhi,” he said, according to media reports.

Kejriwal alleged that officials of the Central Bureau of Investigation (CBI) have photocopied “3 lakh pages of papers relating to the mohalla clinics” in the last few days while also randomly picking up files from the Delhi Jal Board (DJB), which he heads in lieu of holding the water portfolio.

On the agitation of the IAS officers, Kejriwal said despite repeated requests to L-G Anil Baijal that the ‘strike’ be declared illegal, the latter has not paid heed. He said officers were being called by the investigating agencies only to be “abused and threatened”.

“Ask any IAS officer, they would not be able to specify any reason behind the strike. The PMO is behind the strike and is getting the LG to coordinate the entire thing. I will meet the LG this evening and urge him again to declare the strike as illegal and take action against the errant officers,” he said.

The IAS officers had suspended all forms of communication, except written, with the ministers of the elected government following an alleged assault on Chief Secretary Anshu Prakash by two AAP MLAs at Kejriwal’s residence during a meeting on the night of February 19.

“They can’t go on a strike according to service rules. I have repeatedly requested the LG announce the strike illegal. LG has refused to issue any written order. On February 26, February 28 Deputy CM Manish Sisodia wrote to the LG with the same demand. On March 1, I wrote. I met the LG on February 28, May 16. Ministers Gopal Rai, Sisodia, Satyendra Jain met him on May 24, June 7. But to no avail,” Kejriwal said.

He also released a list of pending cases against Delhi ministers filed by the CBI and the Anti-Corruption Branch (ACB) since 2015 and dared the agencies to take action.

He claimed that the Centre had filed 14 cases of corruption against his ministers but had failed to convict or arrest even a single one.

He added that the investigative agencies of the central government had filed six corruption cases with the Anti-Corruption Branch (ACB) and eight with the Central Bureau of Investigation (CBI).

“They filed a case against us for irregularities in setting up 1031 anti-corruption helpline. No arrests have been made. Another case was filed against our deputy Chief Minister Manish Sisodia for allegedly giving advertising contracts to his relatives. If that was the case, why is Manish Sisodia not behind bars? Why haven’t they arrested his relatives? The LG gave several hours to (rebel AAP MLA) Kapil Mishra who said I accepted Rs 2 crore as bribe. If that is the case, then go ahead and arrest Kejriwal,” the Delhi CM said.

Similarly, he added, eight CBI cases have been filed against various AAP ministers, including Sisodia and Satyendar Jain.

“It is interesting to note that all these cases are politically motivated. Of the 6 ACB cases, one has been filed by a BJP lawyer, three by senior BJP leaders and one by the LG himself. The 8 CBI cases have been filed on the directions of the Lieutenant Governor,” he said.

Kejriwal alleged that these cases were being filed to prevent the Delhi government from working. “We achieved a lot in the last three years. BJP governments, which have been running for 10-15 years, have not achieved as much. People will ask what Modi Ji did for education and health in the last four years. To divert attention, they have started to attack Delhi Government. They have even asked for files related to mohalla clinics. Our officials are hauled up and abused. Instead of stopping us from making 1,000 mohalla clinics in Delhi, Modi Ji should make 10 lakh clinics across India,” said Kejriwal.