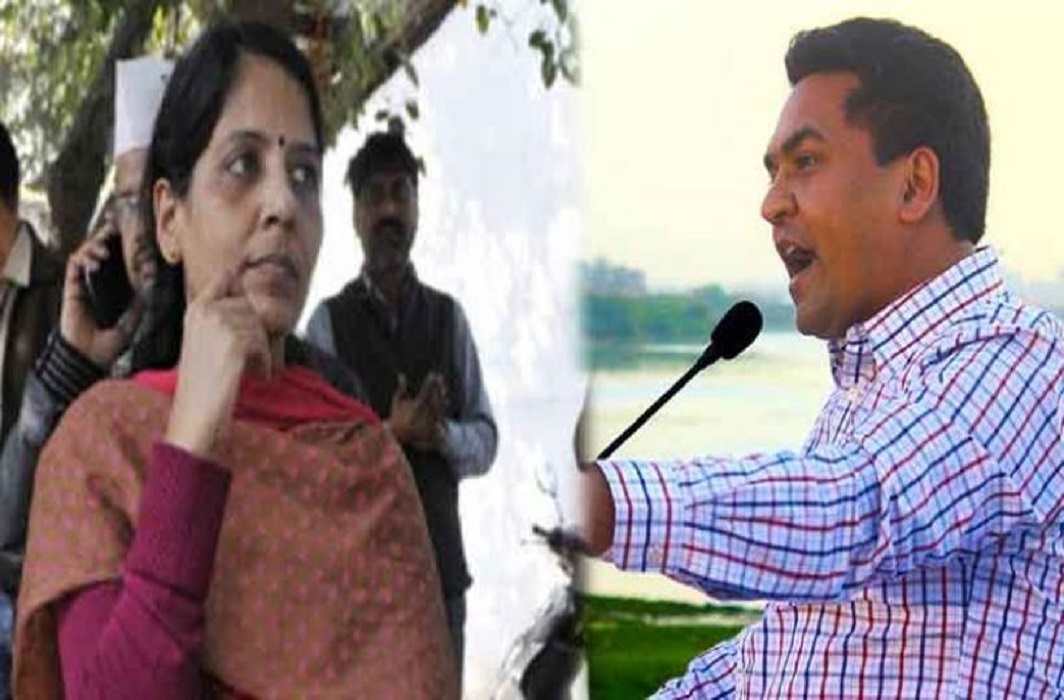 Sunita Kejriwal came out in defence of her husband Arvind Kejriwal, the Delhi chief minister, on Monday by hitting out at suspended Aam Aadmi Party minister Kapil Mishra, who has accused Kejriwal of corruption, on Twitter.

The Aam Aadmi Party (AAP) chief’s wife slammed Mishra saying that he would “face the consequences of the false allegations that he has made”.

“Law of nature never errs, seeds of betrayal, false allegations sown, so shall he (Kapil Mishra) reap. Inevitable,” she tweeted.

Law of Nature never errs. Seeds of विश्वासघात, झूठे आरोप sown, so shall he @KapilMishraAAP reap.Inevitable.

This is the second time that a close relative of either of the two leaders have come out in public to berate the other. Earlier, Kapil Mishra’s mother Annapurna Mishra had written an open letter to Kejriwal four days ago.

Responding to Sunita Kejriwal’s tweet, Kapil Mishra said Sunita was “troubled” with the downfall of her husband and he won’t speak against her.

“Sunita Kejriwal is a loyal wife. She has no knowledge of which kind of conspiracies are being made at her home. She is just doing her duty,” said Mishra on twitter.

On Sunday last, Mishra had accused AAP of lying to the Election Commission (EC) regarding donations and money laundering via shell companies.“Would drag him by collar to Delhi’s Tihar jail,” he had said.

Moreover, Mishra claimed that the AAP had over Rs 45 crore in its bank account during the financial year of 2013-2014, but declared only Rs 9 crore to the EC. He said the party concealed around Rs 35 crore from party workers and the government.