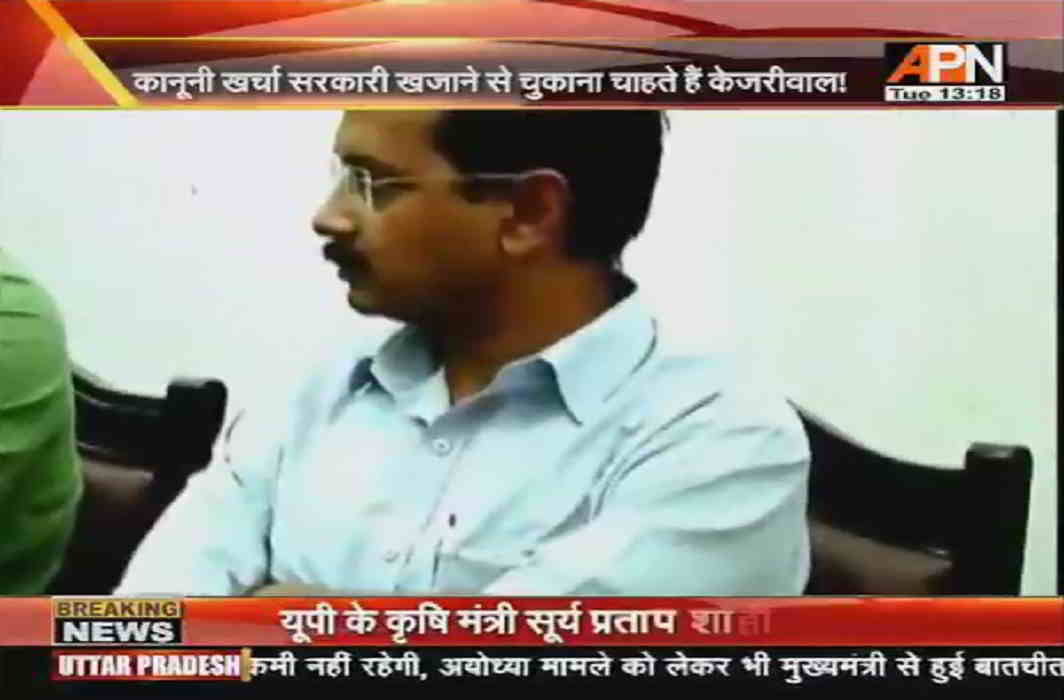 Was to pay Rs. 3.8 crores for defending self

Delhi Chief Minister Arvind Kejriwal was caught in full blown controversy, when documents substantiating his decision to pay hefty amount of Rs. 3.8 crores to veteran advocate Ram Jethmalani for defending him a defamation case filed against him by Union Minister Arun Jaitly, were made public. This has come at a time when Delhi is poised for MCD elections on April 23.

Aam Aadmi Party is ruling Delhi with 67 seats out of 70 in Delhi Assembly. Hence MCD elections have become a matter of prestige for Kejriwal’s party. BJP and Congress have been contesting the civic body elections pulling the best possible efforts.

APN carried a story on April 4, claiming of being in possession of the letters written by administrative department of the government of  Delhi and signed by Deputy Chief Minister Manish Sisodia recommending the payment immediately. The letter was written on December 21, 2016 with an instruction that approval of Lieutenant Governor was not required in this case. Two letters are brought in public domain.

Reacting to the development, Ram Jethmalani, the renowned counsel, told media persons that he will continue defending Kejriwal even if he does not receive his professional fee. He will consider Kejriwal as one of his poor clients. He claimed that he recieves his fee from the affluent clients only, while more than 90 percent of them were poor.

The defamation case is pending against Chief Minister of Delhi and not against the government. Hence the counsel’s fee should not be paid from public funds. Now Anil Baijal, Lieutenant Governor of Delhi is seeking legal opinion on the subject.