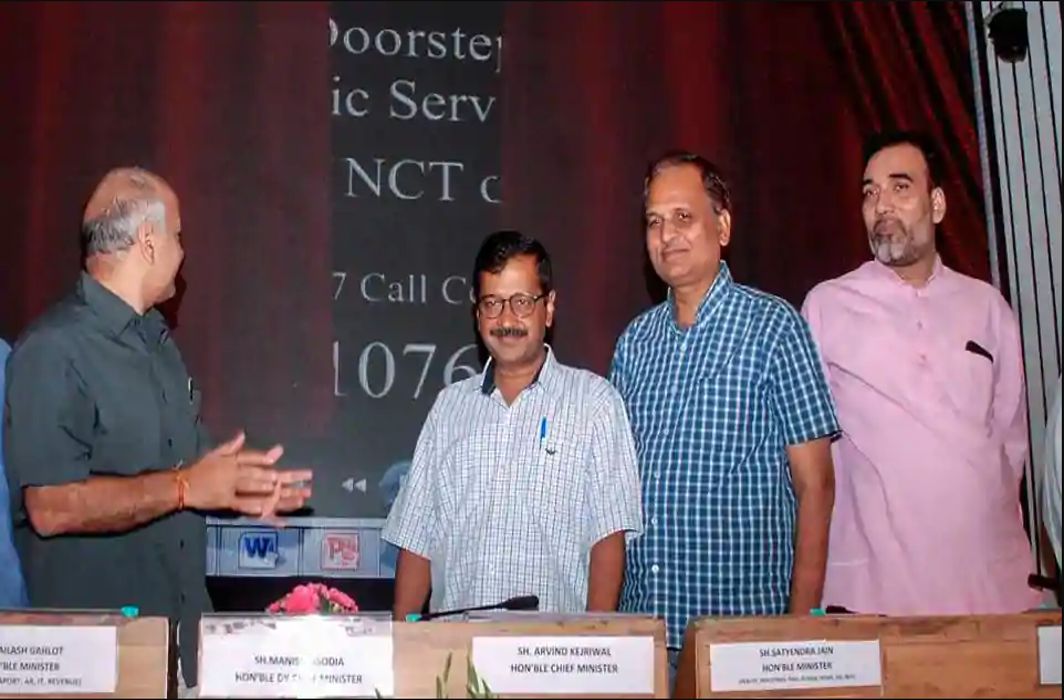 Curious callers wanted to know if facility is really made available

However, due to shortage of infrastructure, 21000 callers remained waiting and only 559 appointments were booked with maximum of 224 for revenue related issues, transport remained the second with 202 appointments while food and civil supplies related appointments were fixed with 70 callers.

The Delhi government officials said that telephones started ringing constantly about 20 minutes after the launch of the scheme at 10.45am. By 6pm, the government received more than 25,000 calls; many of whom were from “curious people” who wanted to know more about the initiative.

Read More: Delhiites to get doorstep delivery of 100 services from September 10

While inaugurating the initiative Monday morning, Chief Minister Arvind Kejriwal called it a “revolutionary change in governance”. He stressed stressing that 30 more services will be added to the facility next month while the number of services will be increased to 100 by the end of the year. He was accompanied with his cabinet colleagues and officials.

Kejriwal further said, “Delhiites now won’t have to stand in queues in government departments. It will save people’s time. Citizens will not need to pay touts to get their work done. Some are criticising that the AAP (Aam Aadmi Party) government is spending ₹1,000 crore on this project. If even 2.5 million people avail of this service, it will cost just ₹12 crore to the exchequer.”

Chief Minsiter who was monitoring the people’s response on hourly basis on the first day of the launch took quick decision to increase the number of operators from 40 to 80 and the number of phone lines from 50 to 120. Government expects the number of calls will drop, saying that many citizens were curios callers just to check if the facility is a reality. He said there could be teething troubles for the next few days.

Delhi’s is the first government in the world launching delivery of its services at the citizens’ doorstep. From driving licence to marriage certificates, Delhiites can now apply for 40 government documents to be delivered at their homes for a fee of ₹50 per service. Number of services will be increase to 100 by the end of the year, it was said.

The applicant would have to call 1076 asking for an appointment with a mobile sahayak who will visit applicant’s home and help in filling forms, payment of fees and collection of documents. The mobile sahayak would then submit the documents at the concerned government office, which would post the certificate or licence to the applicant by post.

The applicants whose calls remained unanswered will receive a return call from the operators.

The project has been outsourced by the Administrative Reforms Department to VFS Global, which had received cabinet’s in-principle approval in November 2017. Despite Lt Governor Anil Baijal’s concerns, including potential security threat from the mobile sahayaks, Cabinet approved the contract with the VFS on July 3.

In December 2017, Supreme Court said that the LT Governor does not have jurisdiction to pronounce if Delhi government’s decision are correct or not as he can only refer the matter, in case of disagreement, to the President for the decision.

Meanwhile, Manoj Tiwari, the Delhi unit chief of the BJP  has alleged that the helpline number did not work when he tried to make a call. “I dialled the number in the presence of media but there was no reply to the call. This scheme seems to be an attempt to mislead the people of Delhi. The service will give rise to touts.”

However, some experts on professional services to community and labour organisations said that with this move, the government has made it easier for people to apply for a service.