Kendall Jenner dons sheer embellished gown inspired by Audrey Hepburn, all about the legendary actor’s role in My Fair Lady 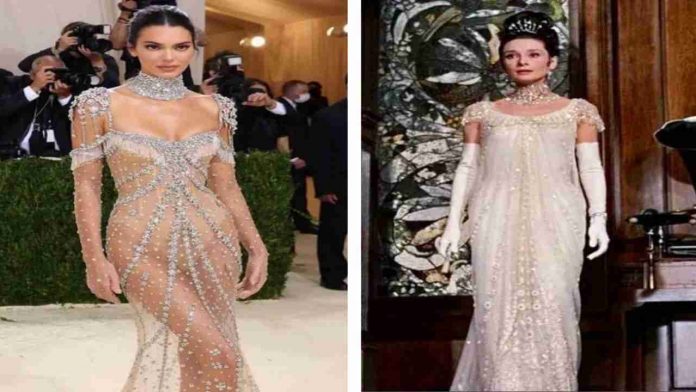 Met Gala 2021 took place on Monday at the Metropolitan Museum of Art in New York City. The biggest celebrities in the industry arrived all decked up in their best looks. This year, the theme for the event was In America: A Lexicon of Fashion.

Kendall Jenner, who also arrived at the biggest fashion night, looked an absolute goddess in her Givenchy sheer gown. She made her gorgeous appearance in an embellished gown adorned with glittering rhinestones.

All about Audrey Hepburn’s role in My Fair Lady:

Adapted from the 1956 Lerner and Loewe stage musical, My Fair Lady is an American musical comedy-drama film that was released in 1964. The film featured Audrey Hepburn and Rex Harrison in the lead roles.

The plot of the film revolved around a professor who believes that his skills and abilities are impeccable. He collides with Eliza Doolittle (played by Audrey Hepburn) who takes lessons from him to improve her job performance. Reportedly, Audrey Hepburn bagged the character of Eliza because her voice could not carry the songs in the musical drama. The legendary actor was 34-year-old when she played 21-year-old Eliza.

My Fair Lady was the most expensive movie produced by Warner Bros at the time. The production spent $17 million to make the musical film and it emerged as one of the biggest grossing movies of 1964.

In 2018, the film got selected for preservation in the United States National Film Registry by the Library of Congress. In April 1965, My Fair Lady won eight Oscars including Best Actor, Best Picture, and Best Director.