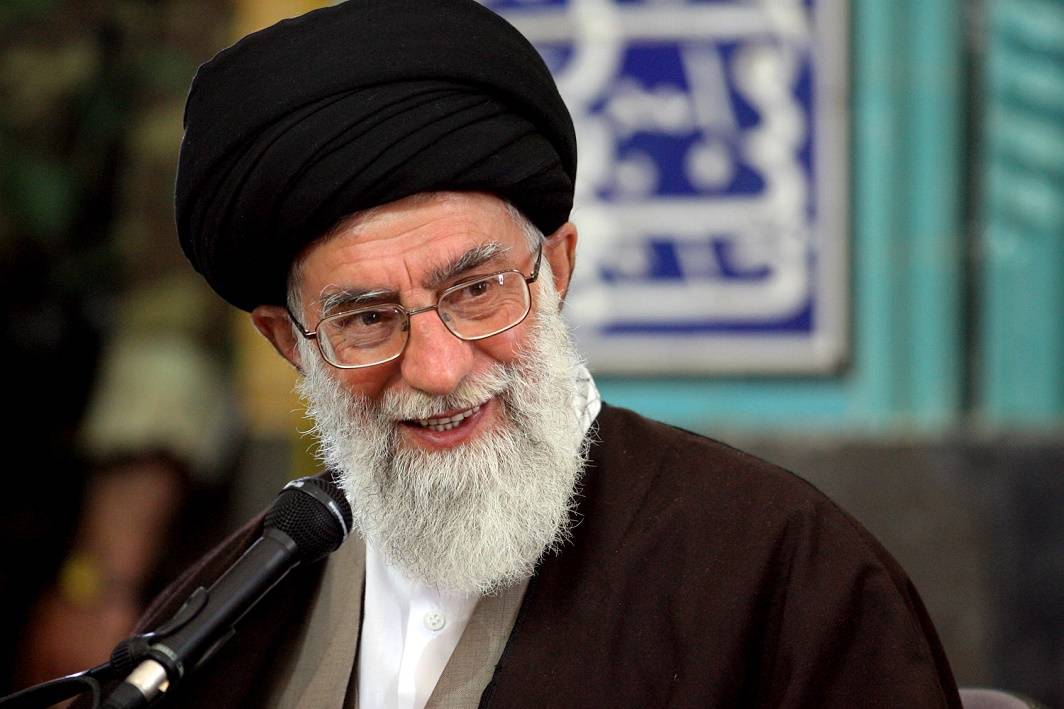 On a day Iranians were shocked by twin terror attacks on their parliament, the Majlis, and the mausoleum of revolutionary leader Ayatollah Ruhollah Khomeini, their Supreme Leader Ayatollah Sayyid Ali Khamenei said the attack by the Islamic State will not dent the will of the people of Iran.

The IS claimed responsibility for the attacks. Speaking to a group of students and representatives from university student associations, he said, “The Iranian people are moving forward, and today’s fumbling with firecrackers will not affect the will power of the people. Everyone must realise this; the terrorists are too small to affect the will of Iranian people and authorities.”

“This also reveals that if Islamic Republic had not resisted, at the centre of all this conspiracy, we would have had much more trouble of this sort in the country. God willing, they will bite the dust.”

Six terrorists struck at the most important symbols of the Islamic Republic: the Majlis complex in central Tehran and the mausoleum of Ayatollah Khomeini who led the revolution in 1979.

According to authorities, the toll in the attacks has risen to 17 with the death of four other victims.

In his reaction to the attack, President Hasan Rouhani said democracy can help stand against terrorism. Rouhani was recently re-elected as Iranian President for the second four-year term.

Messages of support were sent by Russian President Vladimir Putin and the Syrian foreign ministry. The three countries are close allies in the fight against IS and other opposition groups in Syria. Iran has also been helping to battle IS in Iraq.

A statement issued by the office of UN Secretary General Antonio Guterres said, “The Secretary General strongly condemns the terrorist attacks and hopes those responsible for the unjustifiable violence will be swiftly brought to justice.” He further said, “All countries must work together in fighting terrorism while upholding the universal rights and values that bind the global community.”

The While House, however, took a different tone, saying, “We grieve and pray for the innocent victims of the terrorist attacks in Iran, and for the Iranian people who are going through such challenging times. We underscore that states that sponsor terrorism risk falling victim to the evil they promote.”

Heather Nauert, spokesperson of the US State Department, on her twitter account said, “The US condemns the terrorist attacks in Tehran today. We express condolences to the victims and their families, and send our heartfelt thoughts and prayers to the people of Iran. The depravity of terrorism has no place in peaceful, civilized world.”

Washington Post comment in its Today’s World View by Ishaan Tharoor criticised Trump’s reaction. While rejecting Trump’s position on “states that sponsor terrorism risk falling victim to the evil they promote”, the daily said: “Iran was not attacked by Hezbollah, the influential Lebanese Shiite organization it backs. It was hit by a terrorist group whose ideology is far closer to the creed preached by Saudi clerics than the theologians of Qom (Iran), a phenomenon conveniently ignored by the White House and its partners.”