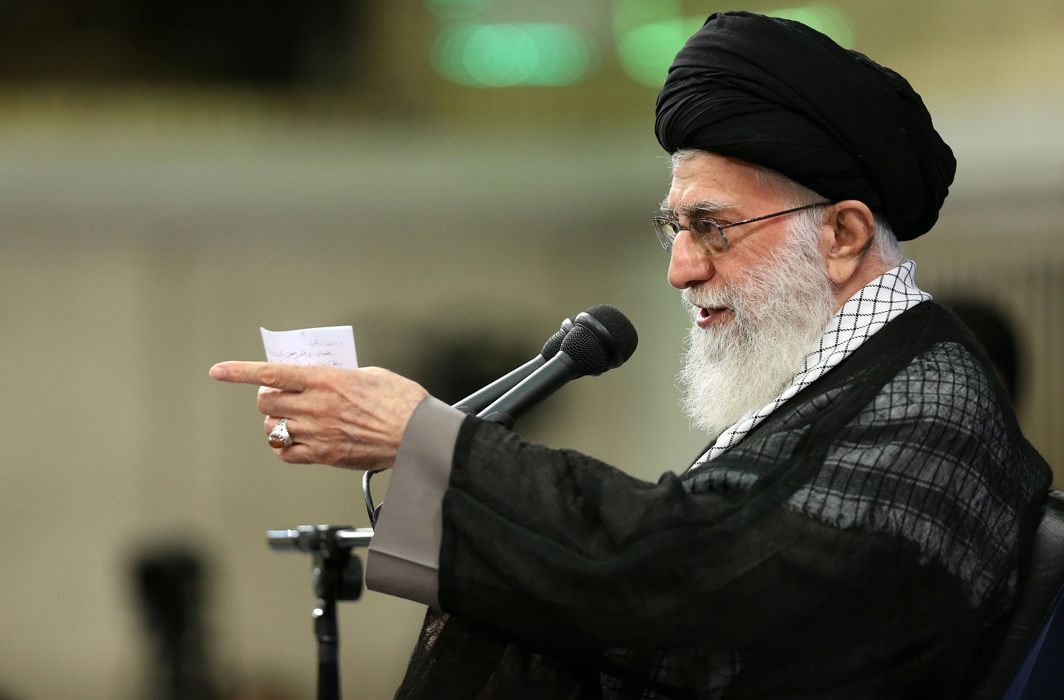 Reacting to US President Donald Trump’s continuing rhetoric, Iran’s Supreme Leader Ayatollah Ali Khamenei has said that Washington was exerting economic pressure in a bid to turn his country’s people against the government but such efforts are futile.

While speaking a graduation ceremony of the Islamic Revolution Guards Corps (IRGC) on Saturday in Tehran, the leader said, “The enemy’s plan is to create gaps and separations between the establishment and the people, and this design reflects their stupidity because they do not know that the Islamic Republic is nothing but the Iranian nation and these two cannot be separated.”

Khamenei’s remarks came amid a US push to strangle Iran through the “strongest sanctions in history.” Trump has recently asked all nations to stop buying Iranian oil before November 4 this year or face sanctions.

He further said, “The purpose of the current economic pressures is to make people fed up, but with divine power, we will increase our bond with the people day by day, and by preserving our coherence, we will strengthen the faithful, motivated and proactive youth.”

According to Press TV, the US government has announced support for a group of individuals who forced shop owners at Tehran Grand Bazaar to shut down last week. The shut-down was triggered after a dramatic rise in the price of the dollar.

US President Donald Trump has been trying to mobilize regional Arab countries against Iran in a bid to check the country’s outstanding role in the region. Iran has played pivotal role in the fight against Daesh (IS) and other organisations in Iraq and Syria by offering services of military advisors and intelligence sharing.

Ayatollah Khamenei said that US was forced to form a coalition against Iran because it could not succeed against his country’s power and authority.

“If the US had been able to achieve its objectives alone, it would not have needed to form coalitions with disgraceful and reactionary states. Due to the strength and progress of the Islamic Republic of Iran, American enmity has increased and, of course, the hatred of the Iranian nation for the United States has been increasing day by day” he added.

On June 26, a senior US Department of State official had warned that the world must stop buying Iranian oil before November 4 or face renewed round of American economic sanctions.

The official was quoted saying, “We’re not granting waivers,” whose remarks were aimed at foreign capitals. The report said that Washington’s tightening of the noose on Tehran was described as “one of our top national security priorities.”