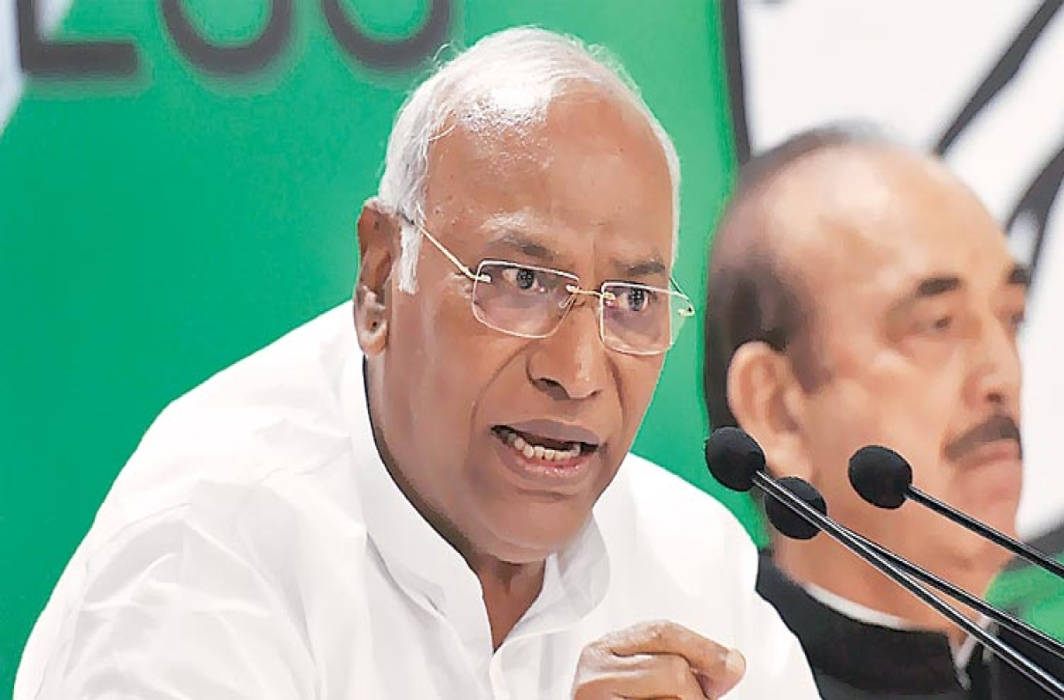 Terming the appointment of M Nageswara Rao as the CBI’s interim director “illegal” and demanding a meeting of the selection committee to appoint a new chief of the probe agency, Congress leader Mallikarjun Kharge has written to Prime Minister Narendra Modi asking him to make public the findings of the Central Vigilance Commission (CVC) and Justice AK Patnaik’s report on former CBI director Alok Verma as well as the minutes of the January 10 meeting that ousted Verma.

In a letter on Monday, Kharge has said this should be done “so the public can draw its own conclusions in this matter.”

Further, calling the appointment of M Nageshwar Rao as interim director of the agency “illegal”, Kharge has asked for an immediate convening of the selection committee to appoint a new CBI Director without further delay.

The selection committee is headed by Prime Minister and comprises Leader of Opposition and the Chief Justice of India or a Justice nominated by him. Justice AK Sikri had attended the January 10 meeting.

Kharge, who is part of the prime minister-headed three-member panel that removed Alok Verma as CBI chief, alleged that the government is scared of CBI led by an “independent” director, said a report in the Economic Times (ET).

“Actions of the government indicate that it’s scared of a CBI headed by an independent director,” Kharge wrote in his letter to PM Modi.

Kharge said that “the Government seems to have made up its mind on appointing an Interim Director, and hence this was never placed before the selection meeting in the 10th Jan 2019 meeting. The appointment of an Interim Director is illegal and against Section 4A(1) and 4A(3) of the DSPE Act.” Rao’s appointment was also challenged in the Supreme Court on Monday by an NGO, Common Cause.

The Congress leader, while asking for an immediate convening of the committee to select a new director for the agency, added that “manipulative actions of the government are directly causing deep embarrassment to the judiciary”.

The scathing two-page letter raises serious questions on propriety, documents placed on the record and the conduct of proceedings in the committee to ensure the ouster of Verma. Kharge said that the committee “chose to take a decision based on a report that now stands disowned by Justice Patnaik who was asked by the Supreme Court to monitor the CVC’s enquiry.”

“The removal of Alok Verma on 10th Jan 2019 was made without following either due process of law or the principles of natural justice,” Kharge writes in his two-page letter, adding that “a committee that consists of senior representatives of the Executive, Legislature and Judiciary should not take a decision merely on a report prepared by an outside agency, howsoever competent without vetting that report and applying its own mind.”

Earlier on Saturday, Kharge, said that the government did not share with the Committee the report of Justice AK Patnaik, who supervised the CVC inquiry into the allegations against Verma on the orders of the Supreme Court. Kharge said it was “wrong” on the government’s part not to have shared the report despite his asking for it.

Justice Patnaik’s report was also not shared with Justice AK Sikri, the nominee of the Chief Justice of India on the Selection Committee, reported the Sunday Express. Justice Sikri, however, declined to comment on the matter.

Justice Patnaik, meanwhile, the retired Supreme Court judge who was asked by the Supreme Court to supervise the CVC enquiry, has been reported to have said that there was “no evidence of corruption” against Verma, and “what the CVC says cannot be the final word”. He said: “There was no evidence against Verma regarding corruption. The entire enquiry was held on (CBI Special Director Rakesh) Asthana’s complaint. I have said in my report that none of the findings in the CVC’s report are mine.”

Thursday last, barely two days after the Supreme Court reinstated him, Verma was removed as CBI director by the high-powered committee headed by PM Modi on charges of corruption and dereliction of duty, in an unprecedented action in the central probe agency’s 55-year history.