Talking about the announcement, Kiara stated that it’s definitely one of the best birthdays presents she has gotten so far. 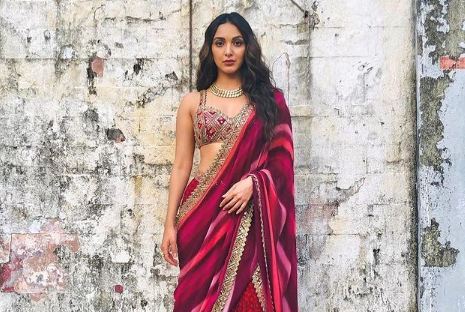 On Twitter, producer Dil Raju’s Sri Venkateswara Creations welcomed Kiara on board. Joining us on this super exciting journey is the talented and gorgeous @advani_kiara, the tweet read. The makers also shared the photo of Kiara, while wishing her a happy birthday.

The film, which is tentatively titled RC15, marks the second collaboration of Kiara and Ram Charan. The two have earlier collaborated for director Boyapati Srinu’s Vinaya Vidheya Rama.

Talking about the announcement, Kiara stated that it’s definitely one of the best birthday presents she has gotten so far. She said she is excited and nervous to work with renowned names of the film fraternity in this project. She is eagerly waiting to begin the shoot and hoping that this incredible opportunity is translated wonderfully on-screen.

Earlier, producer Dil Raju and Ram Charan flew to Chennai to spend a day with director Shankar regarding the film. Sharing the photo with the two on his social media pages, the actor had captioned it as,“ Had a fabulous day in Chennai yesterday! Thank you @shankarshanmugh Sir and family for being such great hosts. Looking forward to #RC15. Updates coming very soon! @SVC_official #SVC50 (sic).”

The Shankar directorial will be a pan-India film that will release in Tamil, Telugu, and Hindi. The details regarding the other cast and crew will be announced in the coming days. However, the shooting of the film will reportedly go on floors in September.

Meanwhile, Kiara has the much-awaited Shershaah to her credit. She will be seen opposite her rumoured boyfriend and actor Siddharth Malhotra in the film. Based on the life journey of Param Vir Chakra awardee Captain Vikram Batra, the film will release on August 12 on Amazon Prime Video.

On the other hand, Ram Charan has wrapped up the shooting of the upcoming S.S. Rajamouli’s RRR. The actor is currently shooting for action drama Acharya, co-starring his father superstar Chiranjeevi in the lead. Directed by Koratala Siva, the Tamil film features Charan in a pivotal role.