Kiara Advani reacts to her lookalike Aishwarya Singh, says she has her own personality 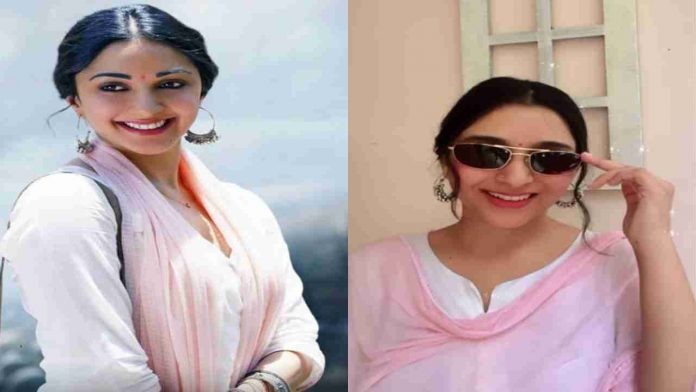 With spectacular acting, Bollywood actor Kiara Advani has surely carved a niche for herself in the entertainment industry. Her recent release Shershaah took off her career grade.

The songs and Kiara’s looks from the Kargil War film are still trending on social media.

In this episode, the internet stumbled upon Kiara’s lookalike Aishwarya Singh. A dentist by profession, Aishwarya became a sensation after Kiara herself shared Aishwarya’s video.

For those who don’t know, Aishwarya Singh is a Delhi-based dentist-cum-influencer. She enjoys more than 56K followers on Instagram. In an old interview with Hindustan Times, she opened up about the love she garnered followed by the reel video of her that went viral. She said that her friends had pointed out her resemblance with Kiara Advani.

Now, Kiara has opened up about Aishwarya being called her look alike. In an interview with ETimes, she said that Aishwarya did a really great job with the way she recreated Dimple Cheema’s look.

She went on to say that she doesn’t like the word doppelganger because Aishwarya is a dentist by profession and she has a personality of her own.

Meanwhile, fans are also comparing Kiara Advani with Hema Malini. The 29-years-old actor also reacted to her being compared with Bollywood’s dream girl. She said that it’s an honour for her to be compared with such beauty, however, she finds this compliment weird. Kiara further said that she is her own person and really like the way she looks.

Meanwhile, on the professional front, Kiara Advani will next appear in Anees Bazmee’s Bhool Bhulaiyaa 2 opposite Kartik Aaryan. She will also appear in Jug Jugg Jeeyo with Varun Dhawan, Anil Kapoor, Neetu Kapoor, and Prajakta Koli. The film is directed by Raj Mehta.

Apart from these, Kiara will also star in Shashank Khaitan’s film Mr Lele.