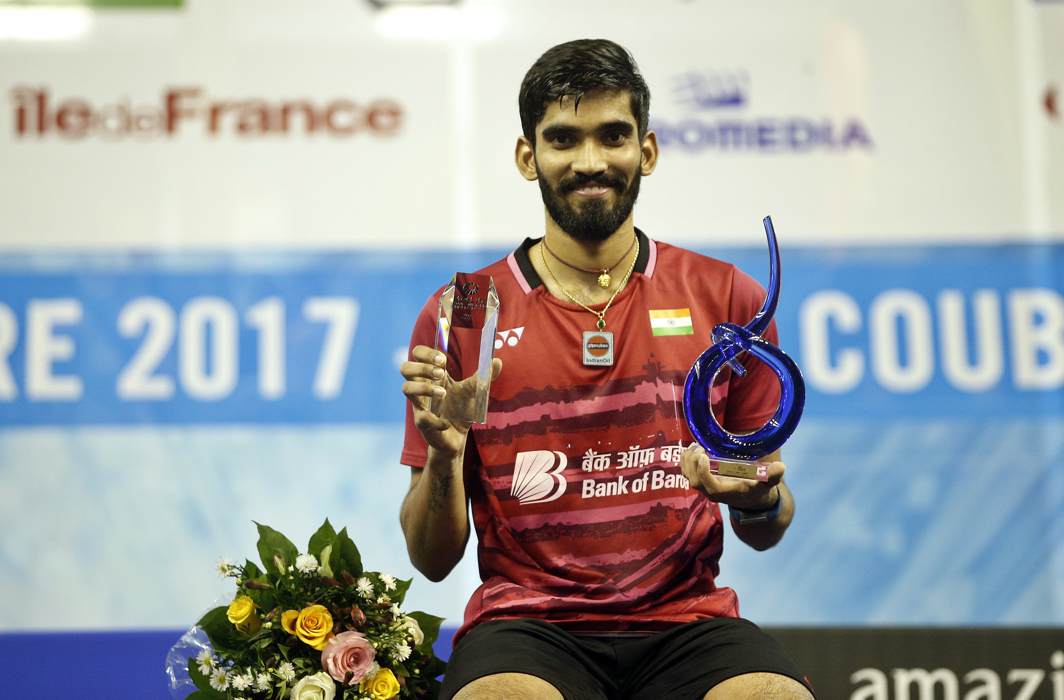 Kidambi Srikanth has now become the fourth player to win four or more Super Series title in a calendar year.

With his yesterday’s win against the 40th ranked Japanese player, fourth-ranked Srikanth has now become the fourth player to win four or more Super Series title in a calendar year. The Indian shuttler’s this year’s titles includes two back to back series wins – which includes 20 unbeaten matches in a row; 10 in each Super Series.

Showering praise at the 24-year old badminton star, veteran shuttler and Srikanth’s coach, Pullela Gopichand confidently declared, “In conditions like where he has won, on fast courts, Srikanth is clearly the best player in the world right now.”

Known for his dominance in the fast tracks, Srikanth has already made a mark this year, as he went on defeating top players from around the world. The most significant performances by Srikanth in the last six months include – two wins against former World No 1 Son Wan Ho, a stunning turnaround against current World No. 1 and world champion Viktor Axelsen in Denmark, and his dominance against Olympic silver and gold medalists Lee Chong Wei and Chen Long.

And after a clear dominance against Japan’s Nishimoto in the French Open Super Series finals, Srikanth told the media in Paris, “I’m just happy with the way it has gone for me in the last couple of weeks. There were some close matches and I feel I was a bit lucky in those matches. But I’m very happy with the way it went, the way I was playing. I think in the semis and quarters I felt that I started slow. So I wanted to start off a bit better. He (Nishimoto) is an aggressive attacking player so I didn’t want to give him that chance.”

However, the Indian shuttler claimed that there are least possibilities of he becoming the World No 1 over Viktor Axelsen.

“I think there was a lot of difference between Viktor and me for sure before the Denmark Open. I don’t think I’ll be No. 1; I might improve by a rank or two though. Definitely, it’ll be good to be there (No. 1), but I don’t really think of it right now. I don’t have many tournaments to defend anyway, so I don’t want to push myself for the ranking. I just want to enjoy playing,” said Srikanth.

However, Srikanth is yet to bag an Olympic medal, though coach Gopichand stays positive about it too. Stating that the India’s shuttler’s Olympic win is just a matter of time, Gopichand said, “If he doesn’t (win the medals), in my eyes he wouldn’t be doing justice to his potential. But I’m super happy with where he is.”

Neither God of Cricket nor Captain Cool, it’s Virat Kohli who wedded fitness to cricket