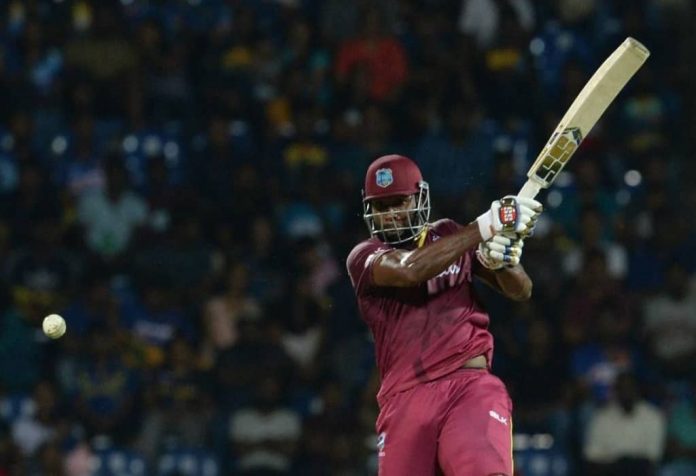 West Indies T20I skipper Kieron Pollard became the first player in the history of the shortest format of cricket to feature in 500 matches when he took the field against Sri Lanka for the first T20I in Pallekelle.

Windies all-rounder Dwayne Bravo is second in the list having played 453 matches as of now.

Another West Indian Chris Gayle is at the third spot as he has featured in 404 T20 matches.

Pollard, who represents the Mumbai Indians in the Indian Premier League, was congratulated by teammates on reaching the landmark before the start of the T20I match. He was also presented with a special jersey to mark the occasion.

The jersey featured the all-rounder’s name at the back along with the number 500.

West Indies won the match by 25 runs after setting a target of 197 runs in the allotted 20 overs. Oshane Thomas was the player of the match as he returned figures of 5/28 in three overs and helped the visitors bowl, Sri Lanka, out for 171 runs.