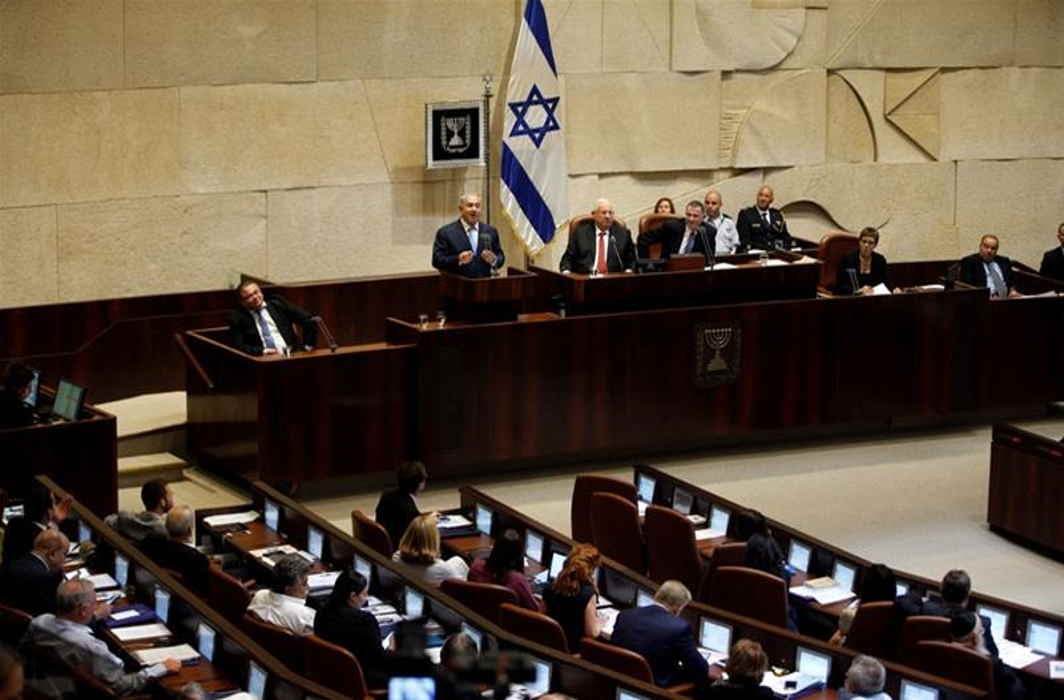 In a major development, Israeli parliament has adopted the controversial Jewish nation-state bill converting into 14th Basic Law early Thursday morning. The Knesset passed the bill by a vote of 62 in favor, 55 against and two abstentions.

According to Jerusalem Post, Prime Minister Benjamin Netanyahu applauded the vote and described the law as “a defining moment in the history of Zionism and the history of State of Israel.”

Addressing the parliamentarians from the Knesset podium, Netanyahu said, “122 years after Herzl published his vision, we have stated by law the basic principle of our existence”.

M K Amir Ohana, the head of the special committee that legislated the bill said that it could be the most important legislation in the history of the state. He said the bill had been discussed more than any of the basic laws that have been passed before.

The law’s sponsor Avi Dichter, who is also the chairman of the Knesset foreign affairs and defense committee, while addressing Arab Members of Knesset before voting, said, “We were here before you, and we will be here after you.” However, he said their rights as minorities would not be harmed by the new law.

The new legislation makes Hebrew the country’s national language and defines the establishment of Jewish communities as being the national interest. It also strips Arabic of its status as in official language and downgraded it to a “special status” enabling its continued use in the Israeli institutions.

The law stipulates that “Israel is the historic homeland of the Jewish people and they have an exclusive right to national self-determination in it”. It also states that an undivided Jerusalem is the capital of Israel.

The Israeli parliament has passed the controversial bill after months of US President Donald Trump recognized Jerusalem as Israel’s capital and moved embassy from Tel Aviv to the holy city. The move, welcomed by Israel, was condemned worldwide.

Ayman Odeh, the head of Arab Joint List, said in a statement, “it has passed a law of Jewish supremacy and told us that we will always be second class citizens.”  Ahmed Tibi, another Arab lawmaker said, “I announce with shock and sorrow the death of democracy.”

Hassan Jabareen, director general of Adalah, the legal centre for Arab minority rights, has called the law a bid to advance “ethnic superiority by promoting racist policies. The Jewish nation-state law features key elements of apartheid, which is not only immoral but also absolutely prohibited under international law.”

Palestinian citizens of Israel number some 1.8 million, about 20 percent of the 9 million population of the country.

On Saturday last, some 7000 people took to the streets of Tel Aviv to protest against the controversial bill declaring Israel exclusively “the nation state4 of the Jewish people”. Several politicians, social activists, public figures and lawmakers took part to condemn the discriminatory nature of the measure.