Home Latest india news Kolkata police chief must cooperate with CBI, not to be arrested: Supreme... 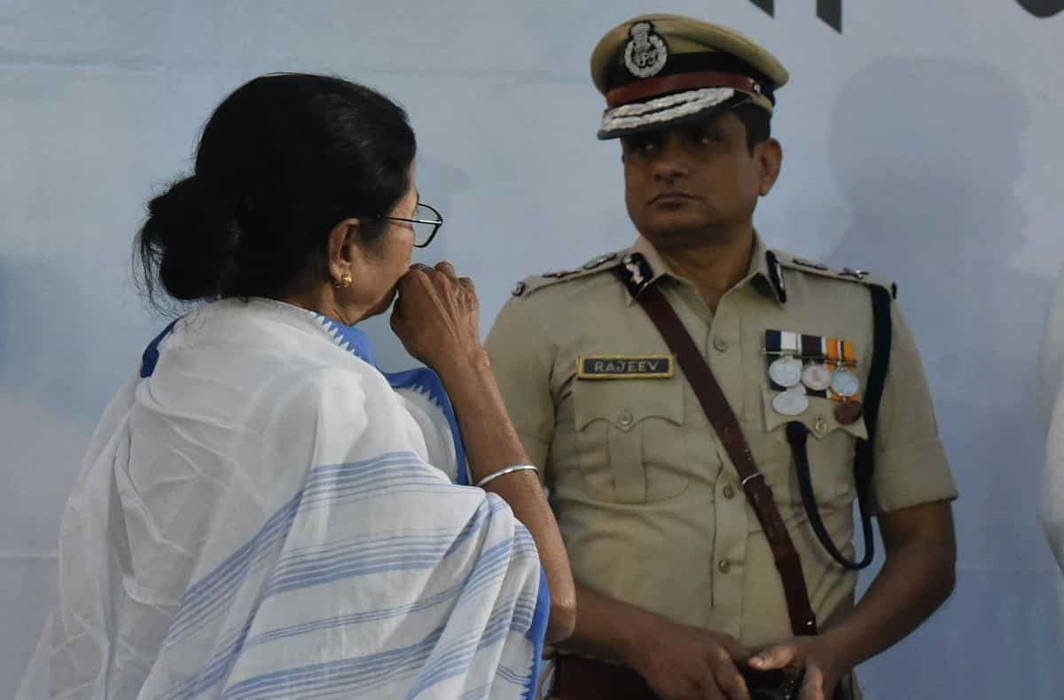 Restraining the CBI from arresting Kolkata Police Commissioner Rajeev Kumar, the Supreme Court today (Tuesday, Feb 5) directed him to make himself available before the central investigative agency and “faithfully” cooperate with it in investigation of Saradha chit fund scam.

Kumar will appear before the CBI for investigation at Shillong in Meghalaya, said the apex court.

The three-judge bench led by Chief Justice Ranjan Gogoi and comprising justices Deepak Gupta and Sanjiv Khanna also directed West Bengal Chief Secretary and DGP to file a response asking them why contempt proceedings should not be initiated against them and told them to present on the next hearing.

Yesterday, the Chief Justice Ranjan Gogoi led bench had agreed to hear the plea on Tuesday against Kolkata police commissioner Rajeev Kumar and others for alleged non-cooperation in Saradha chit fund scam case. The bench had also instructed the probe agency to place before it all evidence by means of an affidavit.

At the hearing today, Attorney General KK Venugopal told the bench that the material handed over to CBI by the SIT was incomplete. The CBI told the Supreme Court that Rajeev Kumar’s investigation “shielded guilty companies” and there was “inaction, selective action and a nexus” between the police and the accused companies. The evidence handed over by the team “is not complete and it was doctored”, the CBI added in its affidavit listing allegations against the Kolkata police chief.

The CBI told the court today that call data records given to the CBI by the Special Investigation Team were not complete and less calls were shown in the data. “The SIT gave us doctored copies of call records,” said the CBI.

The CBI wanted to question the police chief on missing documents, it said, but he had not responded to repeated summons over the past two years; he had also skipped an Election Commission meeting on poll preparations, spurring talk that he was “absconding”.

The CBI has said in its affidavit that the SIT “used to shield selective companies such as Saradha, Rose Valley and Tower Group, which had given huge contributions to the party in power (Trinamool Congress) in West Bengal.”

The CBI said that the Kolkaka police chief was the head of the SIT and therefore contempt notice should be issued.

“The nature of contempt is serious. It’s a breakdown of constitutional structure; notice on contempt must be issued,” AG said.

Senior Advocate Abhishek Singhvi countered the submissions of AG saying that it is humiliation and harassment.

“He’s not an accused, no FIR has been registered against him, all he has done is received a notice under Section 160. No FIR for offence under section 201 since 5 years. There is a political vendetta, as the matter was raised on a Sunday soon after the rally. There’s no offence in the first place, how can I surrender,” Singhvi said.

Solicitor General Tushar Mehta said: “Kolkata Police is initiating false cases against officers of investigating agency who are working under the direction of this court.”

The court said that though it has dispensed with the personal appearance of the three — the chief secretary, DGP and Kumar it will take a call on their personal presence in court after perusing their responses during February 20 hearing.

The court also directed West Bengal chief secretary and DGP to reply to contempt petition filed by CBI by February 18.

Banerjee said that commissioner Kumar never excused himself from participating in the probe. “He (Kumar) said we want to meet at mutual place, if you want to ask for any clarification, you can come and we can sit,” the West Bengal chief minister was quoted as saying by news agency ANI.

She also said that the court’s order will strengthen the morale of the officers.

“They wanted to arrest him. They went to his house on a secret operation without any notice on Sunday. We are obliged that the court said ‘no arrest’,” she added.

The CBI went to the Supreme Court on Monday, after its team that arrived at Rajeev Kumar’s Kolkata home was blocked by the police, bundled into buses and detained for a few hours. The dramatic developments on Sunday evening led to Mamata Banerjee launching an indefinite sit-in to protest against the CBI’s action against her police chief, calling it a “constitutional breakdown”.