Kashmir Premier League 2021: BCCI warns those take part in KPL will not be allowed to play cricket in India 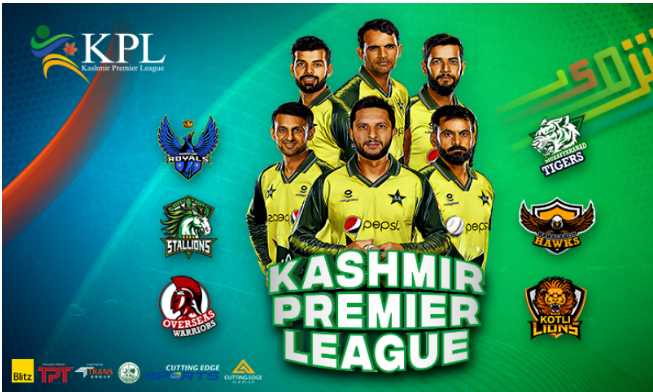 The Board of Control for Cricket in India (BCCI) has drawn a line for the cricketers who is planning to take part in the upcoming Kashmir Premier League (KPL), scheduled to held on August 6 in Pakistan-occupied Kashmir (PoK).

A BCCI official said that the decision has been taken keeping national interest in mind. He said that the board has no problems with players participating in the Pakistan Super League (PSL) but it had to draw the line when it came to a league in PoK.

The PCB and the BCCI have locked horns each other since Saturday when the former South African opener Herschelle Gibbs accused BCCI of preventing him and other overseas players to play in the KPL. He also alleged the BCCI for bringing their political agenda into the equation by banning cricketers from taking part in the KPL.

Following which, the PCB officials have slammed BCCI for their involvement in the KPL. To thism, a top BCCI official has retaliated with straight comments, said that the KPL will be played in Pakistan-occupied Kashmir (PoK), in Muzaffarabad and the board is standing firm with its government.

The former South Africa opener took to Twitter claiming that he had been informally pressurized by the BCCI to pull out of the KPL. Along with Gibbs, former Sri Lanka batsman Tillakaratne Dilshan and former England spinner Monty Panesar, have been drafted among the six participating teams in the tournament.

The PCB then put out a format statement in a reaction to Gibbs’ claim and said no other player has yet spoken on the issue. The PCB said such conduct from the BCCI is completely unacceptable and against the preamble of the spirit of cricket and sets a dangerous precedent, which can neither be tolerated nor ignored.

Pakistan fast bowler Wasim Akram is the founding vice-president while Shahid Afridi is the brand ambassador of the league. Renowned Pakistan players such as Imad Wasim, Mohammad Hafeez, Shahid Afridi, Shadab Khan, Shoaib Malik, and Kamran Akmal are the captains of their respective teams.

In other India News, UK study claimed that early Covid-19 symptoms varies between age groups and also between men and women.