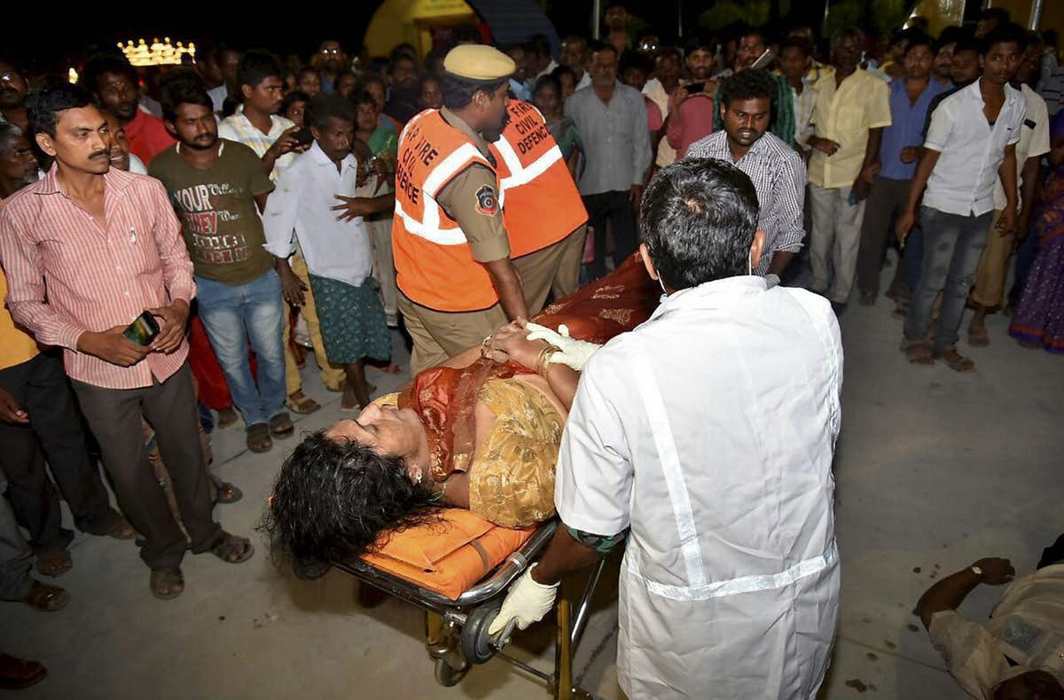 The death toll in a Krishna river boat tragedy near Vijayawada in Andhra Pradesh reached 19 on Monday, after rescuers recovered two more bodies early in the morning.

17 bodies recovered so far, trying to trace remaining missing persons. Govt has appointed a senior committee to inquire, police has also registered a case against 4-5 persons out of which one has been arrested: Krishna District Collector B. Lakshmi Kantam pic.twitter.com/HC3sqrV9tZ

Andhra Pradesh Chief Minister Chandrababu Naidu on Monday morning rushed to the site of Krishna boat mishap to take a stock of the situation.

Reportedly, the mishap occurred on Sunday evening when an overloaded boat carrying at least 38 people capsized in the Krishna river just before it was about to reach its destination.

The incident resulted in the death of 16 tourists, while seven went missing.

15 people were soon rescued by the local fisherman.

According to Vijayawada police, the motor boat with a 3-man crew was ferrying 38 people from  Bhavani Island to Pavitra Sangamam near Ibrahimpatnam on the outskirts of Vijayawada for a religious ceremony on Karthika Masam, when the tragedy struck.

“According to preliminary investigation, the private agency which was operating the boat did not have a licence from the tourism department,” police said.

Meanwhile, police has registered a case against 4-5 persons out of whom one has been arrested.

The state government has announced an ex-gratia of Rs 5 lakh to the families of the deceased.

Reportedly, two teams each comprising 30 NDRF personnel, a 45-member team of the State Disaster Rescue Force (SDRF) and 60 members of the Disaster Response and Fire Services have been pressed into the search and rescue operation.

Santosh Kumar, NDRF Deputy Commandant, said that four teams of NDRF personnel and divers have been conducting rescue operation since yesterday and are making all efforts to find missing people.

While expressing anguish over the tragedy, Prime Minister Narendra Modi extended condolences to the grieving families.

Capsizing of a boat in the Krishna River is anguishing. My thoughts are with the families of those who lost their lives in this tragedy. Andhra Pradesh Government and @NDRFHQ have been working on rescue operations: PM @narendramodi