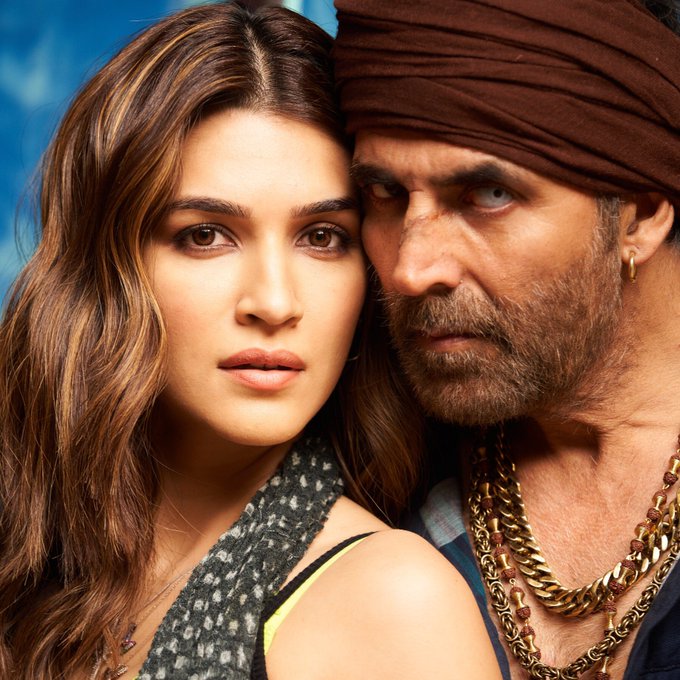 Actors Kriti Sanon and Arshad Warsi on Monday wrapped up Akshay Kumar’s Bachchan Pandey. The actors were shooting for the film in Jaisalmer, Rajasthan. After completing her schedule, Sanon shared her first look for the film on her Instagram account and penned an emotional note.

Calling it one of the bestest, most fun and memorable schedules, she wrote that time just flew and they ended up making a film in between the echoing laughters, gaming sessions and neverending lunches and dinners as we all became one family. It was surely the saddest Goodbye from the beautiful Suryagarh Palace. Can’t wait to see you guys in Cinemas, she added.

Meanwhile, Arshad Warsi shared his picture on his Twitter handle and wrote, wrapped up Bachchan Pandey. This film is going to be very close to his heart, because he met some of the most talented & really wonderful people, Warsi added. He tagged Kriti Sanon, Jacqueline Fernandes, Akshay Kumar, Farhad Samji and production house Nadiadwala Grandson and thanked them.

The makers of Bachchan Pandey also bid farewell to Kriti Sanon as she wrapped up her portion of the film. The official Twitter handle of Nadiadwala Grandson shared a photo of Sanon with Akshay Kumar to announce her schedule wrap. The tweet read, Anddd our Myra bids adieu to #BachchanPandey as @kritisanon wraps her sched with @akshaykumar. Meet the gang in #SajidNadiadwala’s #BachchanPandey in cinemas next year! Directed by @farhad_samji @WardaNadiadwala (sic).

Bachchan Pandey is the remake of 2014 Tamil film Veeram. Akshay Kumar plays the role of a gangster, while Kriti Sanon plays a journalist in the film. The film is produced by Sajid Nadiadwala and also features Arshad Warsi, Pankaj Tripathi, and Jacqueline Fernandez in important roles. It was slated to release on Christmas last year but got delayed due to the novel coronavirus pandemic. Now it is scheduled to release on January 26, 2022.