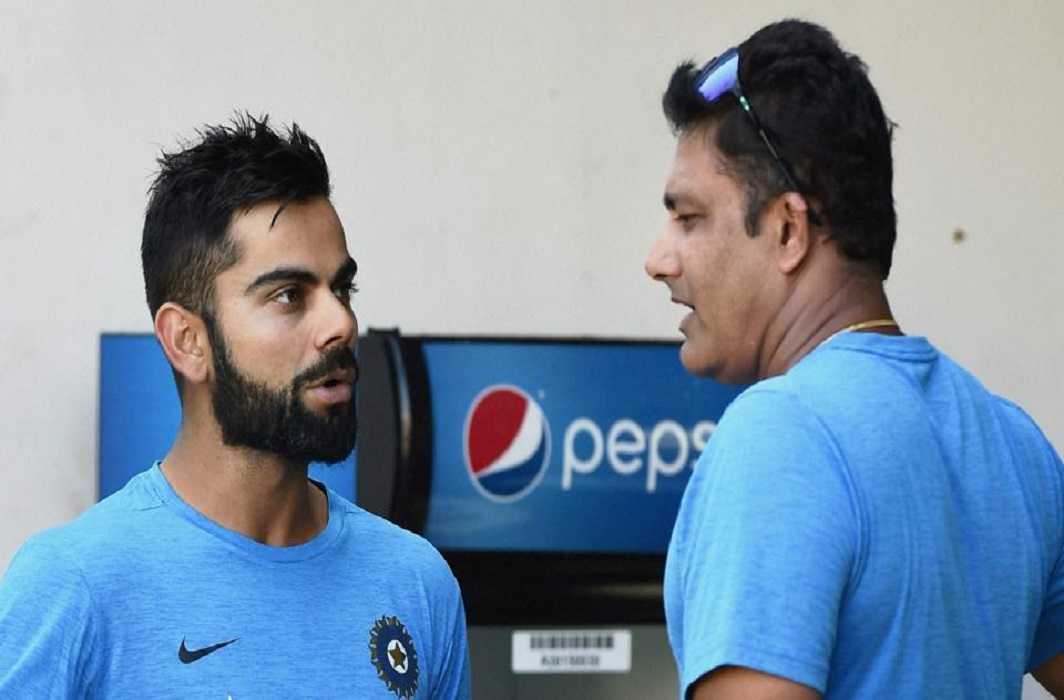 The captain had reservations with my style and about my continuing as head coach, said Kumble

Anil Kumble stepped down as head coach of Indian cricket team on Tuesday amid reports of a rift with Captain Virat Kohli.

Hours after resigning Kumble said that he was “informed for the first time yesterday [Monday] by the BCCI that the captain had reservations with my style and about my continuing as head coach”.

“Though the BCCI attempted to resolve the misunderstandings between the Captain and me, it was apparent that the partnership was untenable, and I therefore believe it is best for me to move on. Professionalism, discipline, commitment, honesty, complementary skills and diverse views are the key traits that I bring to the table,” Kumble said in the statement, “These need to be valued for the partnership to be effective.”

However, Kohli had denied anything of the sort in a press conference during the ICC Champions Trophy.

Reacting to Kumble’s resignation, Harsha Bhogle tweeted, “Organisations must strive to preserve committed people. I will be disappointed if there isn’t a bigger role for @anilkumble1074.”

Kumble resigned as coach four days before the limited overs tour of the Caribbean begins, even as the team was mid-flight to the West Indies. Kumble had stayed back in London after the Champions Trophy, which ended on Sunday; as chairman of the ICC’s cricket committee, he will be attending the chief executives committee meeting there.

Meanwhile, the BCCI said that MV Sridhar will travel to the Caribbean to “supervise the team management”, while batting coach Sanjay Bangar and fielding coach R Sridhar will continue in their roles.

On Thursday, the BCCI have shortlisted five people for the post of coach – Virendra Sehwag from Delhi, Lalchand Rajput from Mumbai, Dodda Ganesh from Karnataka, Tom Moody from Australia and Richard Pybus from England.

According to experts, Virendra Sehwag is expected to be the next coach of team India as he had played with Kohli for Delhi under Delhi & District Cricket Association (DDCA) earlier.

However, the acting BCCI secretary Amitabh Choudhary has said that “a final decision in this regard will be taken by the Cricket Advisory Committee of Sachin Tendulkar, Sourav Ganguly and VVS Laxman”.