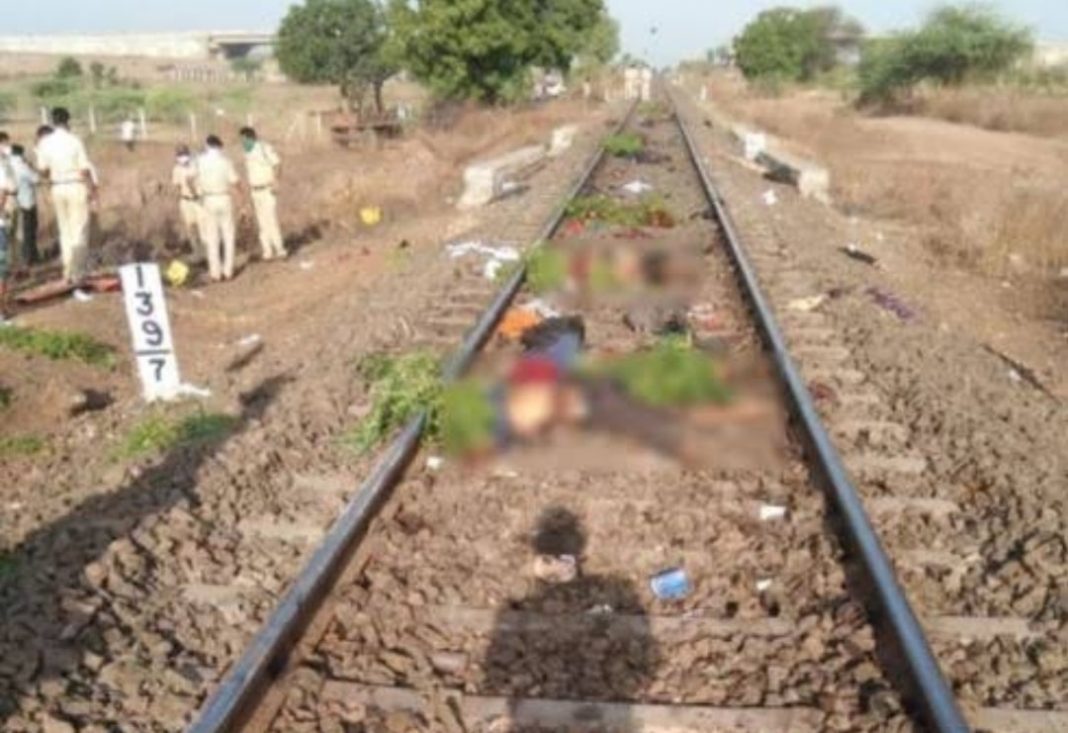 Amid Corona crisis tragedy struck homeward bound migrants. A train mowed down group of migrant killing at least 16. The railway ministry has launched a probe into the incident. The Maharashtra government has  announced Rs 5 lakhs each as ex gratia to families of the deceased.

According to railway officials, the workers were walking towards their home state Madhya Pradesh after they lost their jobs due to the Covid-19 lockdown. Most public transportation has already been cancelled due to the lockdown.

These workers had started from Jalna to go to Bhusawal  and had planned to go to their native places Umariya and Shahdol in Madhya Pradesh, which is about 850 kilometres away.

They left Jalna at 7 pm on Thursday and initially walked on road and later onto the track towards Aurangabad. Between Karnad and Badnapur railway stations  they sat on track to take rest and went to sleep. At 5.22 am a goods train ran over these labourers

There were 14 people on the track, two adjacent to the track and three away from it, the railways said. Prime Minister Narendra Modi condoled the deaths on Twitter.

“Extremely anguished by the loss of lives due to the rail accident in Aurangabad, Maharashtra. Have spoken to Railway Minister Piyush Goyal and he is closely monitoring the situation. All possible assistance required is being provided,” he tweeted.

Amid the nationwide lockdown, thousands of migrant workers stranded in several other cities have been on an unending toil to return to their native places on foot. The interstate bus service, passenger, mail and express train services have been suspended since March 24.