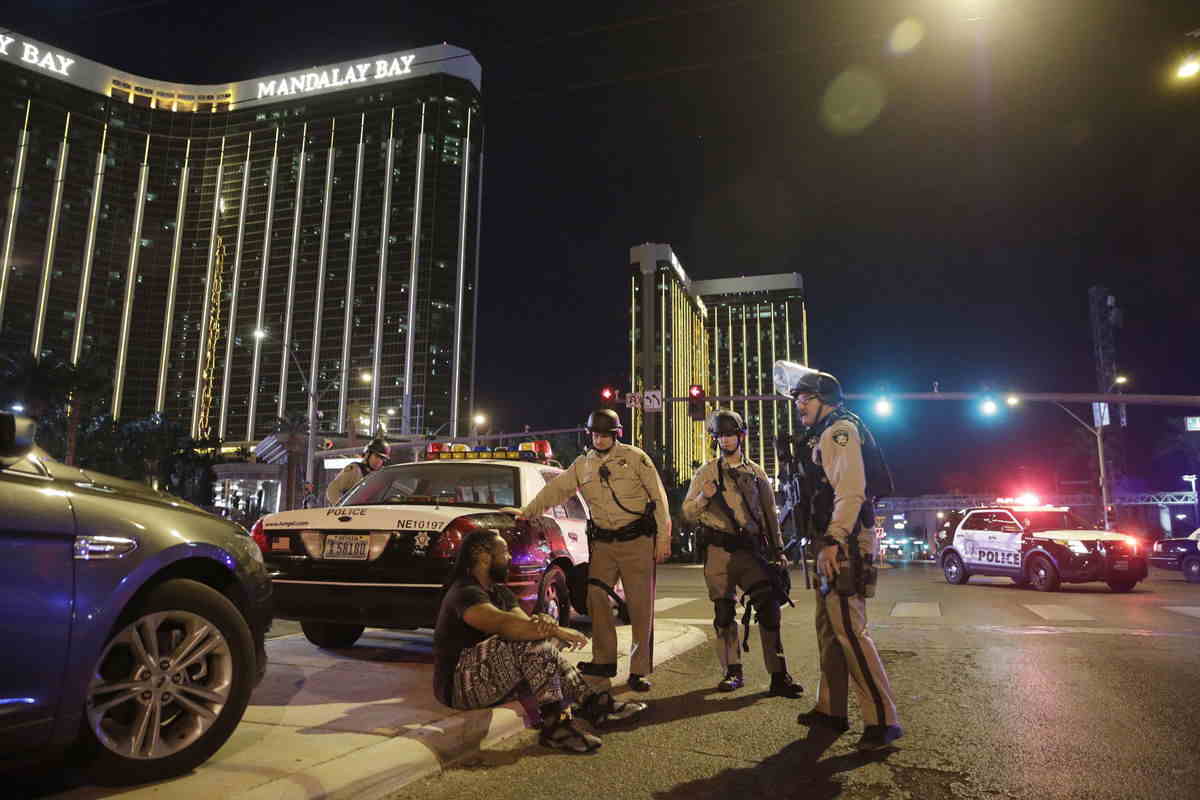 Gunman, identified as 64-year-old Las Vegas resident Stephen Paddock, was killed during a standoff with police officers on the 32nd floor of the Mandalay Bay Hotel

A gunman in a high-rise hotel opened fire on a country music festival on the Las Vegas Strip late on Sunday night (local US time), killing at least 50 people and wounded more than 200 in what can be termed as the deadliest mass shooting in modern American history.

The gunman, identified by police as 64-year-old Las Vegas resident Stephen Paddock, was later killed during a standoff with officers on the 32nd floor of the Mandalay Bay Hotel and Casino, Sheriff Joseph Lombardo said during a news briefing.

US President Donald Trump has tweeted “condolences and sympathies” for the victims and their families hours after the shooting.

My warmest condolences and sympathies to the victims and families of the terrible Las Vegas shooting. God bless you!

“The president has been briefed on the horrific tragedy in Las Vegas. We are monitoring the situation closely and offer our full support to state and local officials,” White House press secretary Sarah Sanders said in a statement issued on Monday morning. “All of those affected are in our thoughts and prayers,” she added.

The shooting marked another eruption of gunfire and bloodshed at a public place, again transforming a routine night into one of terror and chaos. The carnage surpassed the death toll of 49 people slain when a gunman in Orlando, who later said he was inspired by the Islamic State, opened fire inside a crowded nightclub in June 2016.

Under the neon glow and glitz of the Vegas Strip, concertgoers ducked for cover or raced toward shelter through a sea of water bottles, hats, shoes and other items lost in the stampede as a hail of gunfire rained down from the Mandalay Bay around 10 p.m. local US time on Sunday night.

Police believe Paddock, was a “lone wolf” attacker. Sheriff Lombardo did not give further details, however, on Paddock’s background or possible motivation.

“We have no idea what his belief system was,” the Sheriff said, adding: “Right now, we believe he was the sole aggressor and the scene is static.”

Authorities had been searching for a woman named Marilou Danley, described only as Paddock’s “traveling companion,” but police said early Monday that they had located her as well as two cars that they were seeking.

Danley’s relationship with Paddock was not immediately known, but they lived at the same address in Mesquite, Nev., according to public records.

The gunman was previously known to local police for past run-ins with law enforcement, according to people familiar with the investigation. Recordings of the attack suggest the suspect used an automatic weapon.

The shooting occurred at the end of the Route 91 Harvest Festival, a three-day country music concert held over the weekend that reportedly drew 30,000 attendees. The concert grounds are adjacent to Mandalay Bay. The shots began as Jason Aldean, one of the final performers, was playing. Aldean later posted an Instagram message that he and his crew were safe. The scene, he wrote, was “beyond horrific.”

A witness to the shooting, Ivetta Saldana, told the Las Vegas Review-Journal that Aldean was rushed offstage when the shots rang out. “It was a horror show…People were standing around, then they hit the floor,” she said.

Videos posted to Twitter from people claiming to be witnesses showed people screaming and running for cover amid the sound of gunshots. The shooting continued intermittently for more than five minutes, according to the Associated Press.

Mike McGarry, a 53-year-old financial adviser from Philadelphia, said he threw himself on top of his children as shots rang out. “They’re 20. I’m 53. I lived a good life,” McGarry told the Reuters news agency. The back of his shirt had foot marks from people who stepped over him in the crush to flee

Among those wounded was an off-duty officer with the Bakersfield Police Department in Southern California, who was taken to a hospital for non-life-threatening injuries, according to a news statement. Several of the department’s officers were off-duty and attending the concert when the gunfire erupted.

The Las Vegas police said on Monday morning that two on-duty police officers were also injured during the shooting. One of them is in stable condition after surgery and the other sustained minor injuries.

Multiple flights bound for the McCarran International Airport, about 10 miles from the shooting scene, were diverted after the attack. All other planes were temporarily grounded, with a few flights resuming on Monday morning.

The Route 91 Harvest Festival has been held for the past four years on a 15-acre lot across an intersection from Mandalay Bay. The concert’s main stage is situated near the northeastern side of the gold-colored casino and high-rise hotel complex, which towers more than 400 feet above the Strip.

(With inputs from The Washington Post, Reuters and other agencies)